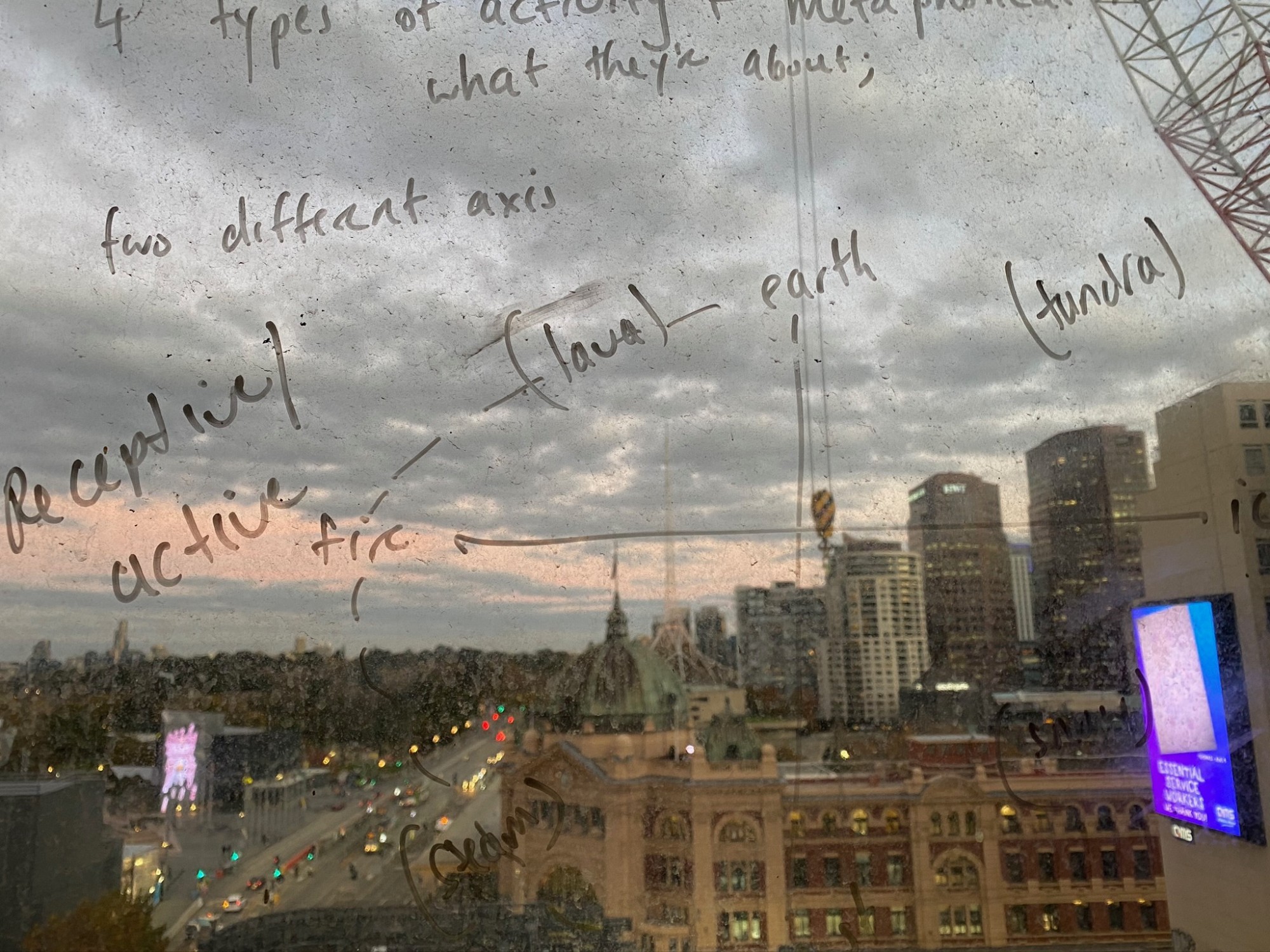 Ticket holders for the scheduled 30 May event will be contacted and refunded.

Now Pieces is a monthly platform for improvised performance that builds on the lineage of Cecil St Studio, a dance studio in Melbourne for 21 years that is now earmarked for demolition, to build apartments. Now Pieces continues a long standing disciplined exploration of embodied performance practice that leads to crafted, spontaneous and artful communication made on-the-go. This program invites a range of intergenerational practitioners who — in one way or another — prioritise movement to incorporate body, sound, vocalisation, memory, image and energy, responding to each passing moment in relation to the space where they are dancing in relation to the audience. Now Pieces 2021 curates curators as well as performers, opening up improvisation as a relevant, urgent, poetic transdisciplinary practice that reflects back patterns and possibilities for freedom, and flight.

END_OF_DOCUMENT_TOKEN_TO_BE_REPLACED

Amaara Raheem is a shape-shifter, an unspectacular dancer, permaculture enthusiast, occasional writer and amateur basket weaver. Dancing came about through working in theatre, and for her language has always been part of her practice of movement. Amaara’s improvisations–in dance and life–are shaped by her history of migration. She’s lived in three continents, and now resides part-time in Naarm/Melbourne and part-time in rural Victoria. She’s completing a practice-based PhD at the School of Architecture and Urban Design RMIT University.