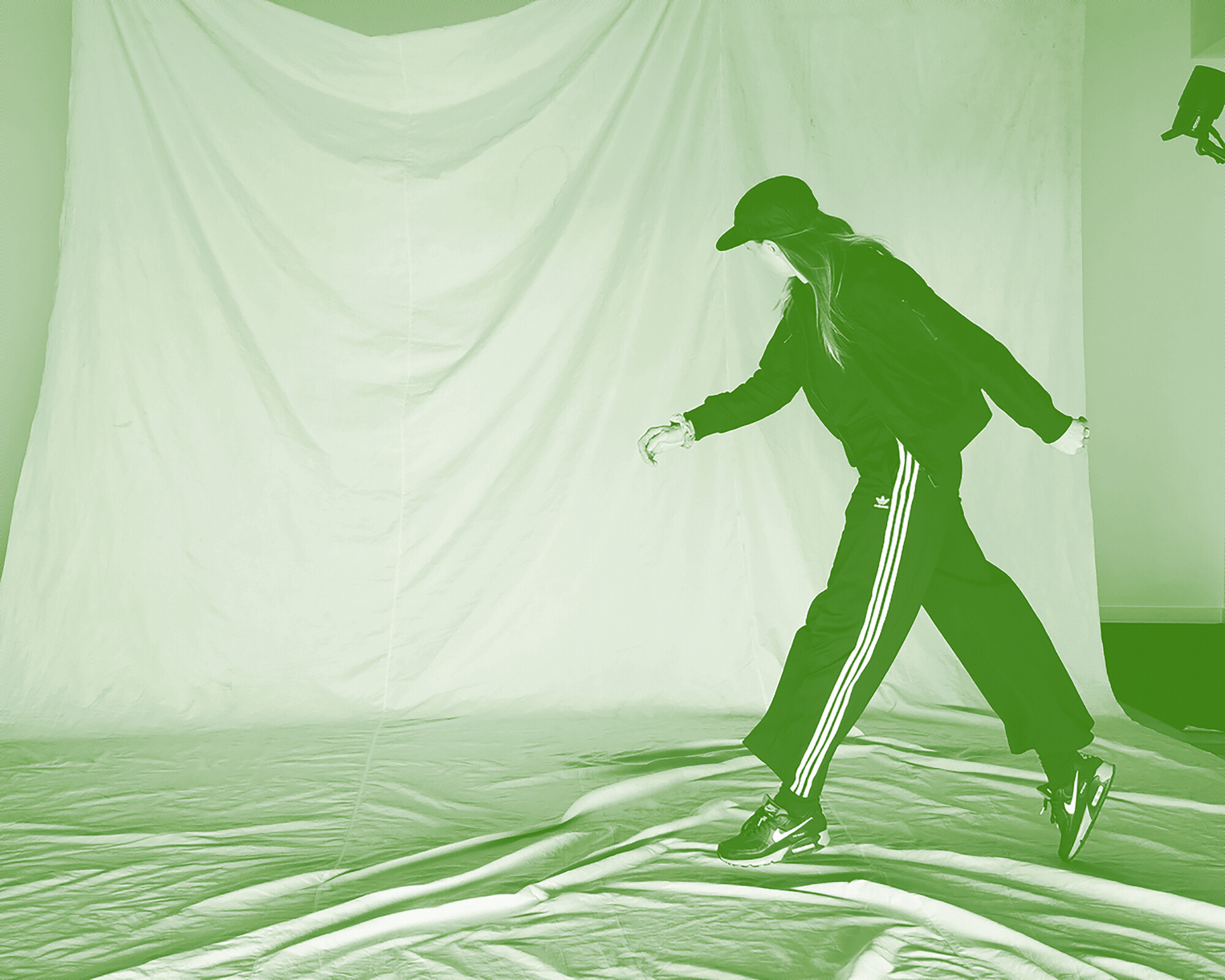 Now Pieces continues a long standing disciplined exploration of embodied performance practice that leads to crafted, spontaneous and artful communication made on-the-go. On the last Sunday of the month, Now Pieces offers an improvisational performance evening at Dancehouse dedicated to low-fi public performances curated by and featuring local dance luminaries.

“I have seen Deanne, Bec, Shian and Tom dance. It has often been whilst I have been dancing with them. I have seen them work on their dance. We have shared many conversations about dance over the last decade. Each brings with them, their own self, their own dance. I offer propositions, ways to work, which might resonate. I love dancing with them. When we dance we are hyper-perceptive. We often ‘act as if’ we know the dance; that it exists already. We will form an arrangement; a continuous dance for one hour, for five.”

END_OF_DOCUMENT_TOKEN_TO_BE_REPLACED

Rebecca Jensen is a dancer, choreographer and teacher from Aotearoa / New Zealand, based in Naarm / Melbourne Australia. Her practice considers the equally speculative and practical forces of dance practice, with sustaining interests in multiplicity, memory, time, and the influence of expanding digital technologies. Several of her ongoing projects examine social and ecological systems through improvised group dances. In 2013, Rebecca co-founded participatory project Deep Soulful Sweats with Sarah Aiken. Their collaborative work investigates and subverts the roles of performance, considering complicity and commonality of audience and performer. Rebecca regularly performs as a dancer and cross-disciplinary collaborator, notably, she has danced with choreographer Jo Lloyd since 2010.

Shian Law or better known as Shi Shi Law is a Malaysian born Chinese, Naarm/Mel- bourne- based Queer dance practitioner whose works ask more questions than they can chew, such as what is and why dance? Shi Shi views their artistic practice simply as an extension of their temperament, and likens art making to parading in the emperor’s new clothes. Shi Shi suffers no impostor’s syndrome even though the highlights of their im- postures were many. They presented a performance-lecture at Soils, Sciences, Seances and Politics The Post- Humanism Symposium held at Goethe Institute (Bei- jing), passed as a chic Parisian at Cité Internationale Residency and a techno kid in Berlin supported by Tanja Liedtke Foundation, and choreographer proper commis- sioned by dance establishments such as Sydney Dance Company and Chunky Move, a pedagogue who taught at the Victorian College for the Arts even if they don’t consider art is something that can be taught. Shi Shi will continue to make work whenever, wherever they want with or without 1000 dollars, or half a million as a form of protest that no one cares about. They can be really funny, or seen as foolhardy depending on who is in the audience, and their perspectives on life. In all seriousness, the vocational life of art making is a mosh pit where Shi Shi dives deep into without self-restraint. And often HEAD FIRST.

Jo Lloyd is a dance artist interested in choreography as a social encounter, revealing behaviour over various durations and contexts. A graduate of the VCA, Jo has presented work in Japan, Hong Kong, New Zealand, Dance Massive, Liveworks, Mona Foma and the MCA. Recent works include; Death role commissioned for the new Bundanon Art Museum, Archive the archive for the NGA, Bang Stop with musicians Jim White and Emmett Kelly for RISING. Jo has also created OVERTURE at Arts House 2018 and Melbourne Festival 2019, DOUBLE DOUBLE with Deanne Butterworth, Tina Havelock Stevens and Evelyn Morris, CUTOUT at ACCA, Confusion for Three (Arts House 2015 and PICA 2018). She has worked extensively with Choreographers Shelley Lasica, Sandra Parker and Gideon Obarzanek, and collaborated with; Stephen Bram, David Rosetzky, Shian Law, Alicia Frankovich, Nicola Gunn, Speak Percussion and Liza Lim, Ranters Theatre and Back to Back Theatre. Jo is a resident artist at The Substation.

Thomas Woodman is a Melbourne/Naarm-based dancer and choreographer, whose work takes multiple forms. He completed a BFA with Honours at the Victorian College of the Arts (2019). Thomas is interested (among other things) in different philosophical perspectives, human and non- human exchange, the influence of mass media, and the function of imagination in performance and beyond. As a performer he has worked with choreographers such as Russell Dumas, Antony Hamilton, Shian Law and Jo Lloyd.