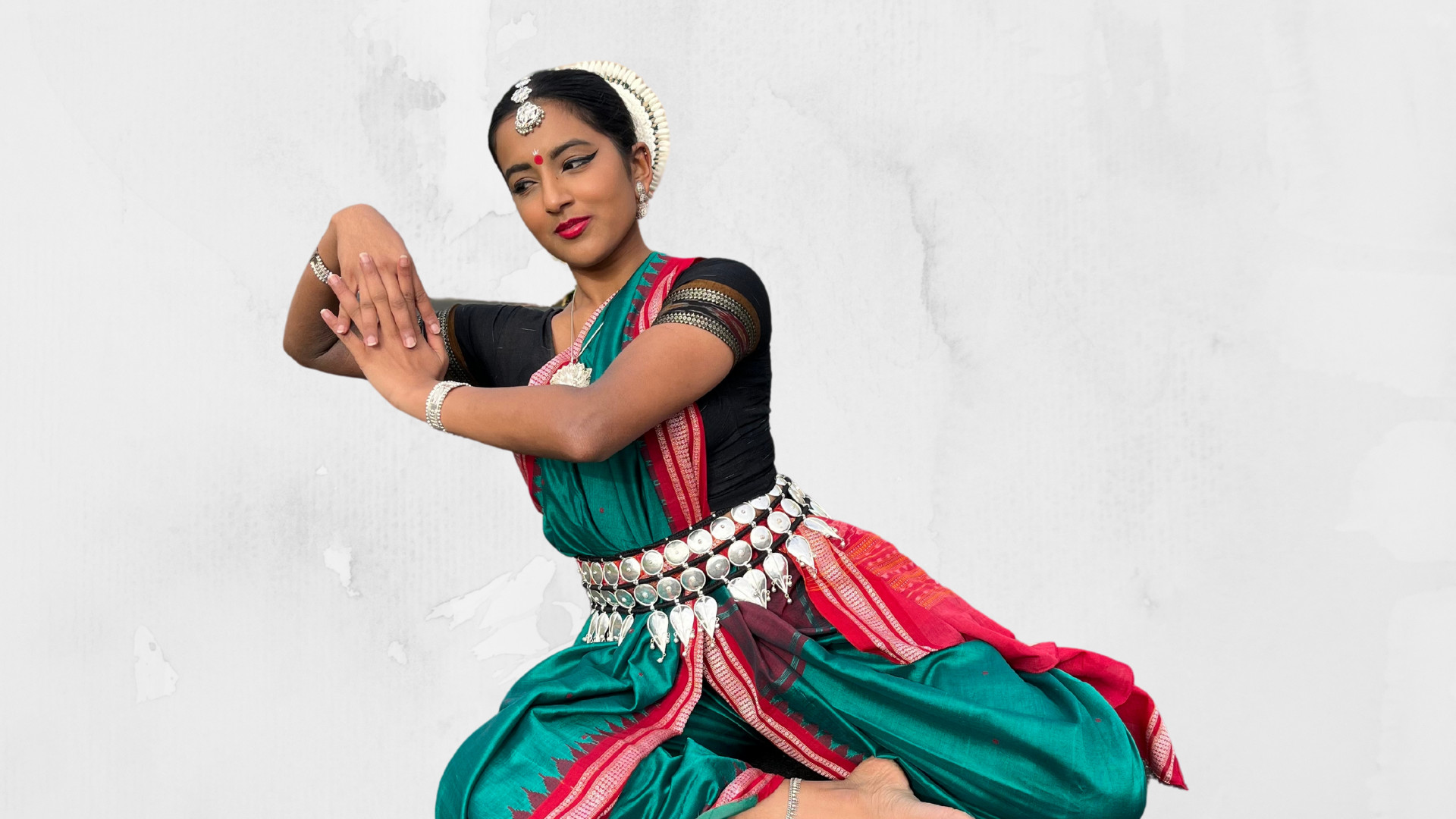 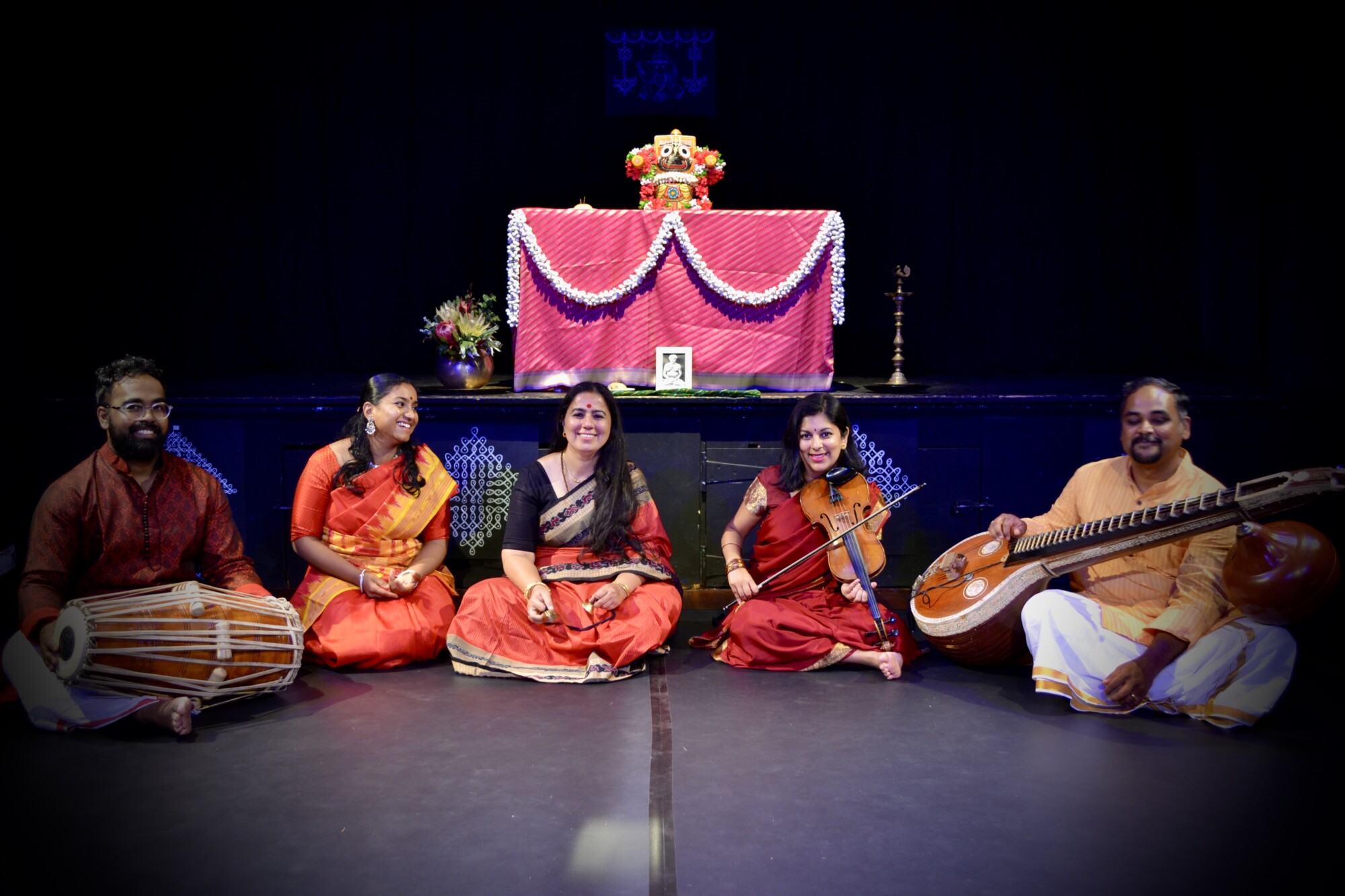 Please note: this event is not suitable for children aged 3 and under.

The Sohamasmi Centre for Performing Arts presents an evening of Indian sacred Odissi dance solo performance by Shreya Rath with an ensemble of musicians, led by Monica Singh Sangwan.

This dance performance will be presented along with a locally-trained Odissi music ensemble — a first of its kind in Australia. The ensemble features Vaishnavi Srinivasan (Vocals), Senthuran Jogaratanam (Mardala), Anita Das (Violin) and Lakshmanan Madhu (Saraswati Veena), trained by Shri Achyuta Maharana from Puri, India.

Join us at the Sylvia Staehli Theatre, Dancehouse on Saturday, 24 September at 6pm to enjoy an evening where the dancer and musicians merge together as co-performers, presenting the viewers with what can best be described as a pilgrimage.

END_OF_DOCUMENT_TOKEN_TO_BE_REPLACED

Shreya Rath started learning Odissi at the age of 9 after watching her first guru, Smt Joyoti Das’ performance in 2010. She continued her Odissi journey with Sri Sudarshan Sahoo from 2012, and has been and continues to learn and train under the guidance of Smt Monica Singh Sangwan from 2016. Shreya loves the duality of Odissi – its ability to balance silence and stability while maintaining a playful, passionate and emotional nature. She deeply appreciates the art’s impact on her life, having supplemented her growth from a child to an adult. Alongside Odissi, Shreya is currently a student at the University of Melbourne studying Finance and Economics, and is excited to discover herself and see where life takes her.

Monica Singh Sangwan started dancing at the age of six and is known for her strength, refinement of musical nuances and precision of style. Originally training and performing across India in the classical style of Bharatanatyam for twelve years under the tutelage of Guru Sonal Mansingh, she subsequently trained with Guru Madhavi Mudgal for fifteen years and had the privilege of attending several workshops by the doyen of Odissi dance, the Late Guru Kelucharan Mohapatra. Monica upon encouragement from Guru Smt Madhavi Mudgal established the Sohamasmi Centre for Performing Arts in Gurgaon in 2003 as a premier school of Odissi dance in Haryana. In 2010 she continued her artistic pursuit and established the Odissi school at Dancehouse in Melbourne. The Sohamasmi Centre for Performing Arts is now a full-fledged premier School of Odissi dance in Melbourne and Australia.

Vaishnavi Srinivasan, a musician in the South Indian classical tradition, is a senior disciple of Smt Shobha Sekhar, OAM (Artistic Director, Kalakruthi School of Music). She has been learning music since she was 5, beginning under the tutelage of Sri S.Sivasubramaniam Pillai in Malaysia. She began her advanced training in music under the guidance of Smt Shobha Sekhar after moving to Melbourne to pursue further education. She has had the privilege of learning under the guidance of senior artists Smt Bhushany Kalyanaraman and the late Sri B. Seetharama Sharma of Chennai, India, to enhance exposure and expand her musical repertoire and continues to gain special guidance from Smt Bhushany Kalynaraman. She has been teaching music for the last 10 years, training students of a wide range of ages, voices, and musical understanding, and is working towards a Diploma in Advanced Music. Vaishnavi is also a student of Odissi, she has been training under Smt Monica Singh Sangwan since 2014.

Lakshmanan Madhu is a classical musician with over 15 years of training in various Indian Classical styles. Madhu started his musical training in Hindustani vocal under Smt. Deepti Rudra, an AIR artist. He then learnt Saraswati Veena in the Carnatic style under Shri V. G. Subramanian based on Thanjavur Bani. He has continued to receive advanced training to develop Gayaki style in this instrument from Shri G. R. S Murthy, a disciple of Kalaimamani (Late) Shri G. N. Dhandapani Iyer. More recently, he is learning vocals from Shri Achyuta Maharana to hone his skills in the Odissi style. Madhu has successfully performed veena recitals for the Veena Mahotsavam festival, coordinated by Kalakendra, Chennai for the past few years.

Senthuran Jogaratnam has over 20 years of experience in Indian classical percussion, Senthuran is recognised as a leading Mridangam and Tabla artist. He began his Mridangam training under Sri Balasri Rasiah, before undertaking advanced training from Mridangam maestros Sri T.R Sundaresean and Sri Patri Satish Kumar. To gain a multifaceted understanding of Indian percussion, Senthuran commenced Tabla training under Ashok Chavali Ji. Senthuran is renowned for his sense of application, imaginative rhythmic patterns, flawless techniques, such as the gumki technique, and a unique style which showcases the beauty of applying elements of various percussion instruments in his performances. Senthuran has accompanied countless music and dance performances for various styles such as Carnatic, Hindustani, Bharatha Natyam, Kathak, Jazz and World Fusion. Senthuran has recently opened the Rhythm Riders Music Academy to use his years of learning and experience to train the next generation of Mridangam and Tabla performers.

Anita Das is a senior student of the Raaga Sudha School of Carnatic Music in Melbourne where she has been learning violin and vocal music under the tutelage of the renowned musician and guru, Sri Murali Kumar. Over the past several years, Anita has performed in numerous music and dance concerts across Australia and New Zealand in both a solo and accompaniment capacity. Anita performed a full length arangetram in 2012, in a duet performance with her sister, Roopa. Anita has also taught a number of junior violin students of the Raaga Sudha school, and looks forward to continuing the life-long process of learning, performing and teaching music under the guidance of her Guru. 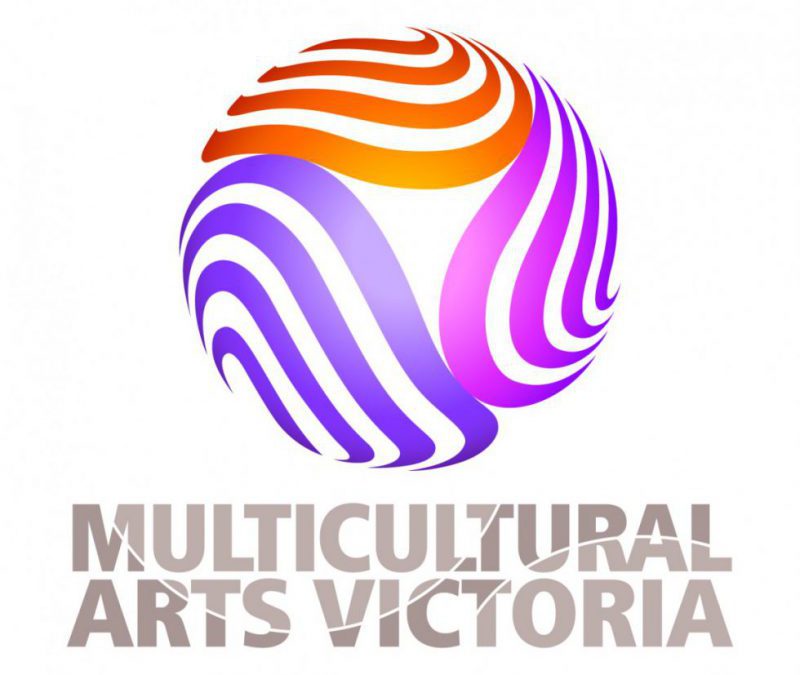 This project has received financial support from Sustaining Creative Workers’ grant by Regional Arts Victoria and Creative Victoria. We also acknowledge Dancehouse and Multicultural Arts Victoria as supporters in this endeavour.