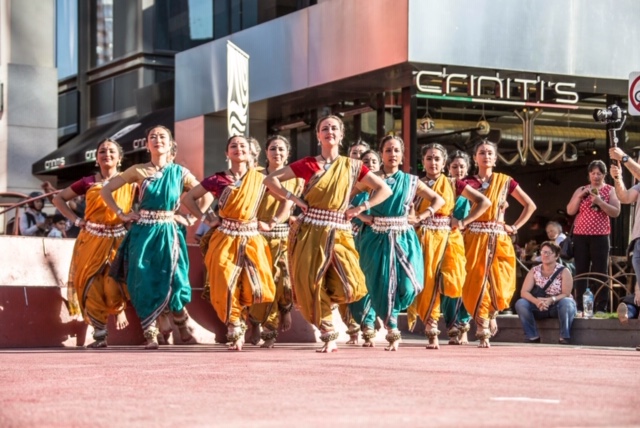 This class is suitable for beginners, experienced, children and adults.

Odissi is one of the eight classical dance forms of India. It is the oldest surviving dance form of India on the basis of archaeological evidences. It is particularly distinguished from other classical Indian dance forms by the importance it places upon the Tribhangi (literally: three parts break), the independent movement of head, chest and pelvis and upon the basic square stance known as Chauka or Chouka that symbolizes Lord Jagannath. This dance is characterized by various Bhangas (Stance), which involves stamping of the foot and striking various postures as seen in Indian sculptures. The class structure follows a traditional yet a more modern approach to teaching Odissi dance.

The class starts warm up routine with yogic exercise and warm up stretches for 30 minutes. Class for beginner’s level will introduce the basic positions. For more advanced classes, introduction to Arasas rhythmic structures set to different beats with compositions to prepare for the larger pieces in the first full-fledged dance piece.

END_OF_DOCUMENT_TOKEN_TO_BE_REPLACED

Monica Singh is a Visharad in Odissi dance from Gandharva Mahavidyalaya, New Delhi and is a senior disciple of Smt. Madhavi Mudgal. Monica training extensively with Smt Madhavi Mudgal for 15 years and gained immense experience and in depth knowledge about Odissi not just through its traditional form but also by being a part of choreographic works based on exploring.