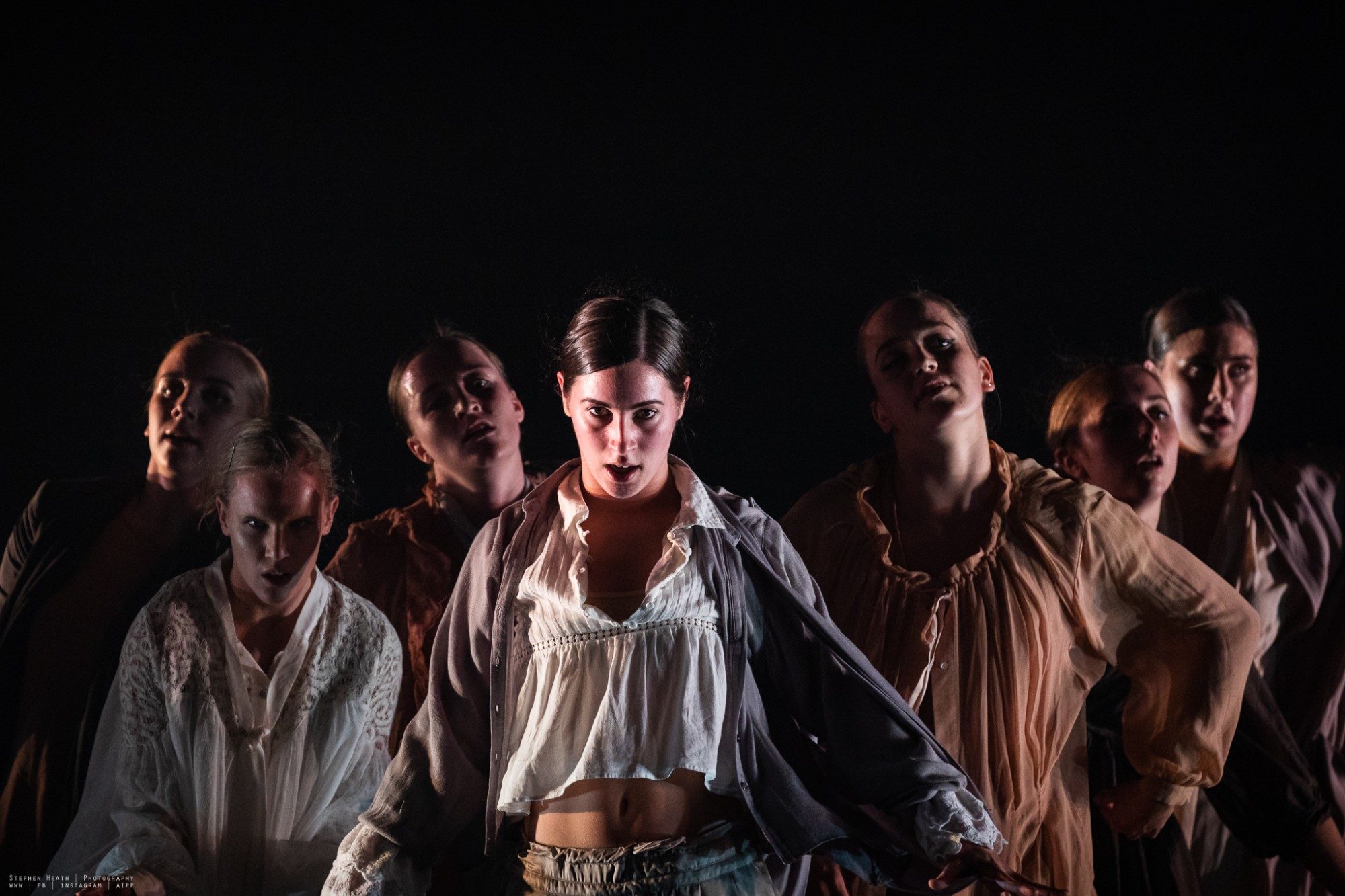 END_OF_DOCUMENT_TOKEN_TO_BE_REPLACED

Scott Elstermann is one of the rare artists who can claim both Pina Bausch and Merce Cunningham on their resume. In 2018, Scott was the first Australian and youngest-ever recipient of the prestigious Pina Bausch Fellowship for Dance and Choreography. This granted Scott a three-month placement with Spanish choreographer Marina Mascarell, accompanying her to some of the world’s best dance companies including Nederlands Dans Theater. Scott was also one of only three dancers selected to perform excerpts by contemporary dance icon Merce Cunningham at the National Gallery of Australia, Canberra in that same year. Scott received the Palisade Award for the most outstanding graduate of the Bachelor of Arts (Dance) course at the Western Australian Academy of Performing Arts (WAAPA). He has a versatile background, receiving titles such as Junior Australasian Jazz champion and Youth Queensland Ballroom champion. He has performed for some of Australia’s leading dance artists including Lucy Guerin Inc., Natalie Allen, Annette Carmichael, Shona Erskine and Brooke Leeder. Scott has been commissioned to choreograph various short works, winning the Overall Dance & Physical Theatre Award at the 2016 Perth Fringe World Festival. He is a current teaching artist with the West Australian Ballet and artistic team leader with Ausdance WA. All of this has led to Scott being a three-time semi-finalist in the Western Australian Young Achiever Awards and highly sort after for television, corporate and commercial events.

Raewyn Hill is the founding Artistic Director of Co3 Australia. Prior to joining Co3, Raewyn was the Artistic Director at Dancenorth. Before taking up this role, Raewyn was a dancer and an internationally commissioned choreographer and educator. She has held several prestigious positions in dance throughout the world, including Cite des Arts (Paris), Baryshnikov Arts Centre (New York), Juilliard (New York), Bolshoi Ballet Academy (Moscow), Beijing Dance Academy (China), The Hong Kong Academy for Performing Arts (China) and National Arts Centre (Tokyo), Tokyo Wonder Site (Tokyo). Raewyn is one of Australasia’s foremost dance practitioners and pioneers, her work as a dancer and choreographer has won critical acclaim in a career spanning almost 25 years. Most recently her dancer training program became the focus of a postdoctoral research study through Edith Cowan University, Australia.

Niv Marinberg was born in Israel in 1985. He began his dance studies in classical ballet and modern dance techniques in “Menashe” studio, Kibbutz Ein-Shemer. Since the age of five, he has studied classical music, concentrating on piano. His dance studies continued at the Ga’aton Workshop, directed by Yehudith Arnon. In 2009 he joined the Maslool Professional Dance
Program directed by Naomi Perlov, who found his talent potential as a rehearsal director and gave him this title in the school. Niv has worked as a choreographer assistant with the StaatsOper Berlin, Royal Danish Opera, Banch National Compania de Chile, Luzern Theater, Israeli Opera House, Kibbutz Contemporary Dance Company and other companies… assisting the choreographers Saar Magal, Michael Getman, Idan Sharabi, Roy Assaf, Noa Shadur and many others. He has also worked as rehearsal director and tour manager of LEV Sharon Eyal&Gai Behar. Additionally, he worked as guest teacher with Corpus, Royal Danish Opera (Denmark), Un Yamada Dance (Japan), Codarts Academy (Holland), ArtEz Academy (Holland), ADT (Australia) and Others. Niv has studied musicology, philosophy, ethics, French, and German, in an academic setting. He graduated from Jerusalem Academy of Music and Dance with his M.A. in Music and Dance Theory, concentrating on intuitive correlations between music and movement in professional dance.