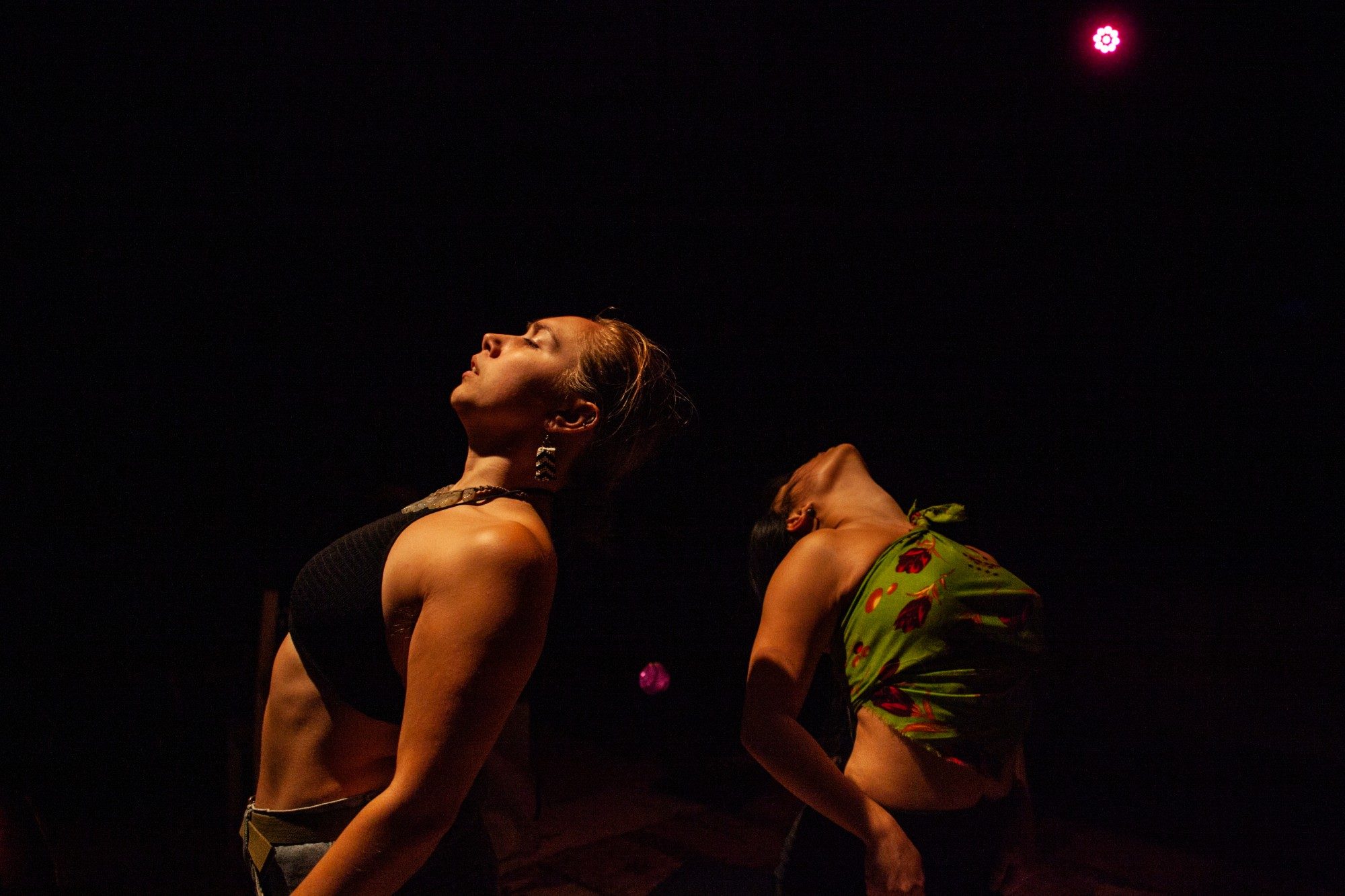 This year, Where We Stand returns richer, fuller and deeper in its provocations and potential. We ask for your presence. We ask you to listen. We ask, where do you stand?

Due to the limited capacity of this performance, we will be inviting attendees to select whether you are able to attend either performance.

This event is wheelchair accessible. Auslan interpretation will be provided on Saturday 14th December.

END_OF_DOCUMENT_TOKEN_TO_BE_REPLACED

Pauline Vetuna (Gunantuna — indigenous to ‘Papua New Guinea’) is a writer, artist, and curator living and learning across the lands of the Boon Wurrung and Woiwurrung (Wurundjeri) peoples of the Kulin Nation. They have been involved in grassroots, community-based and led arts projects in the suburbs of ‘Melbourne’ for many years. Currently, Vetuna’s socially engaged arts practice is focused on building spaces for disabled BIPOC, queer and trans people to pursue justice, tell their stories, create their art and find healing in solidarity and community. As an individual artist, their performance work transmutes pain and grief into incants of healing and emancipation through spoken-word and the body.

Aïsha Trambas is an Afro-Greek arts worker based on Wurundjeri and Boonwurrung lands. Her own creative practice includes writing, performance and visual art. Trambas was the Program Coordinator of the 2019 Emerging Writers’ Festival, and has performed at Yirramboi Festival, Still Nomads’ Displace and Displant at Arts House, Melbourne Writers’ Festival and Melbourne Fringe Festival.

Ebony Howald is interested in choice words and intentional dancing and inspires people to move towards a higher frequency of emotional relationality. Howald is interested in the pursuit of love by way of curating social spaces, dancing, performances, images, writing, playlists and street style looks consisting of collective healing, acknowledgement, intention and compassion. She makes attempts through her truth-telling work to shatter the violent legacy of colonisation and white supremacy by encouraging herself, and those before/with/after her to seek out, accept and speak with honesty. Here, she listens loudly and speaks softly. A hype woman for love, she encourages everyone to unsubscribe from this particular realm’s obsession with self-hate, over consumption and violence. Based in so-called Melbourne, Ebony has facilitated a P0$$€ evening and has collaborated on rituals and performances with Isabella Wháwhai Waru, Lee Serle, Oonagh Slater and Natalie Abbott.

Ate Cheska will be addressed by her pangalan name, Te. Born in Pilipinas, raised on stolen lands of Darkinjung Country and currently based in Birarrunga, she is predominantly a movement artist but many other mediums filter through her practice. She completed her final year of a Bachelor of Fine Arts (Dance) at the Victorian College of the Arts (2019). Te has worked with Becky Hilton, Natalie Abbot, Gideon Obarzanek, and Lee Serle and has performed in Where We Stand facilitated by Isabella Whawhai Waru (dance ON, 2018, and Dancehouse, 2019). She co-produced People Like You (Melbourne Fringe Festival, 2017), worked with Amrita Hepi for PRECOG (Next Wave Festival 2018), performed in Movement curated by Janina Asiedu (2018), Makeda Zucco’s J’OUVERT curated by Cool Room (2018), and for Dark Mofo Festival (2019). The trabaho/work she creates has functions of healing, rebirthing, informing, reclaiming, resisting and liberating. Te sees movement as a collection of lineage and culture (hers and others) and connecting with other vessels who may share or differ histories. We are all carriers. Te’s sexual liberation has a potent presence in her practice and will manifest as it needs to. Every day, she attempts solidarity.

Stacey Lake is a dancer based in Naarm of English, Irish, Scottish and Welsh decent. She has trained in the styles of classical ballet, jazz, tap and contemporary however mostly loves the freedom and exploration of improvisation—whether in a class, performing, or letting it all go on the dance floor. Lake’s improvisational performance debut was at Mess the West in 2014 and, since then, she has collaborated with musicians, Divide and Dissolve, Hextape and Aarti Jadu in both a live and video context. She performed in Rebekah Stuart’s These Walls and was the vocalist for hardcore punk band Tactical Attack. She is currently studying Dance Movement Therapy and counselling and is involved with community education project, Undercurrent, as a workshop facilitator. Stacey is interested in making, seeing, hearing and feeling art that encourages a sense of community through collective joy and rage.

Laniyuk is a writer and performer of poetry and short memoir. She contributed to the book Colouring the Rainbow: Blak, Queer and Trans Perspectives in 2015, has been published online in Djed Press and the Lifted Brow, as well as in print poetry collections such as UQP’s 2019 Solid Air. She received Canberra’s Noted Writers Festival’s 2017 Indigenous Writers Residency, Overland’s 2018 Writers Residency and was shortlisted for Overland’s 2018 Nakata-Brophy poetry prize. She is Cordite Poetry Review’s current Indigenous Engagement Editor, runs poetry workshops for festivals such as Girls Write Up, moderates panel discussions, and has given guest lectures at ANU and The University of Melbourne.  She is currently completing her first collection of work to be published.

This work was developed in conversation with the Wurundjeri Tribe Council and is supported by the Victorian Government through Creative Victoria. 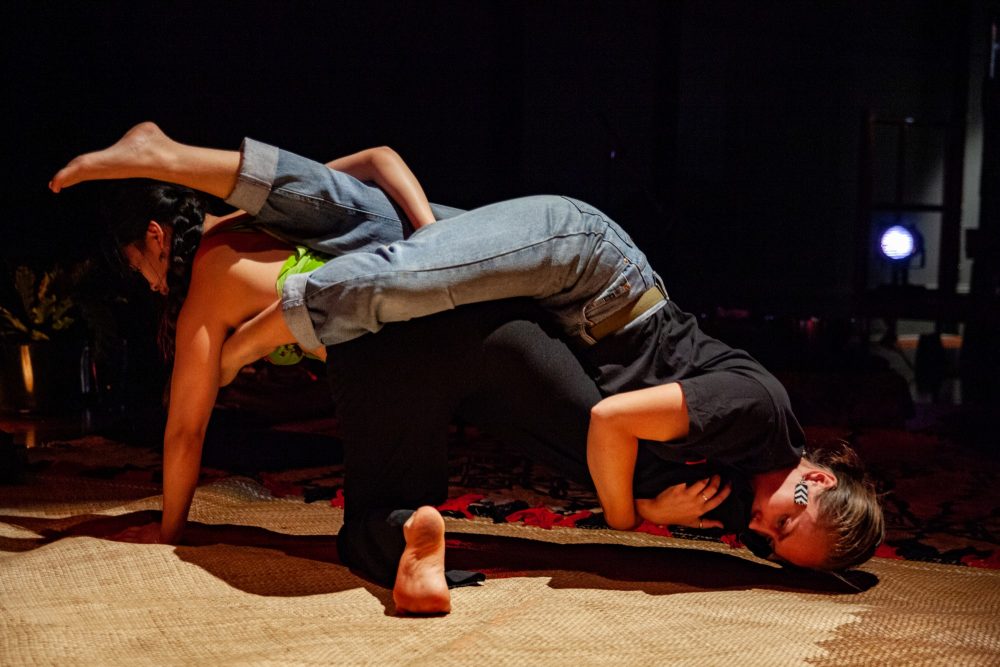 Where We Stand Public Program