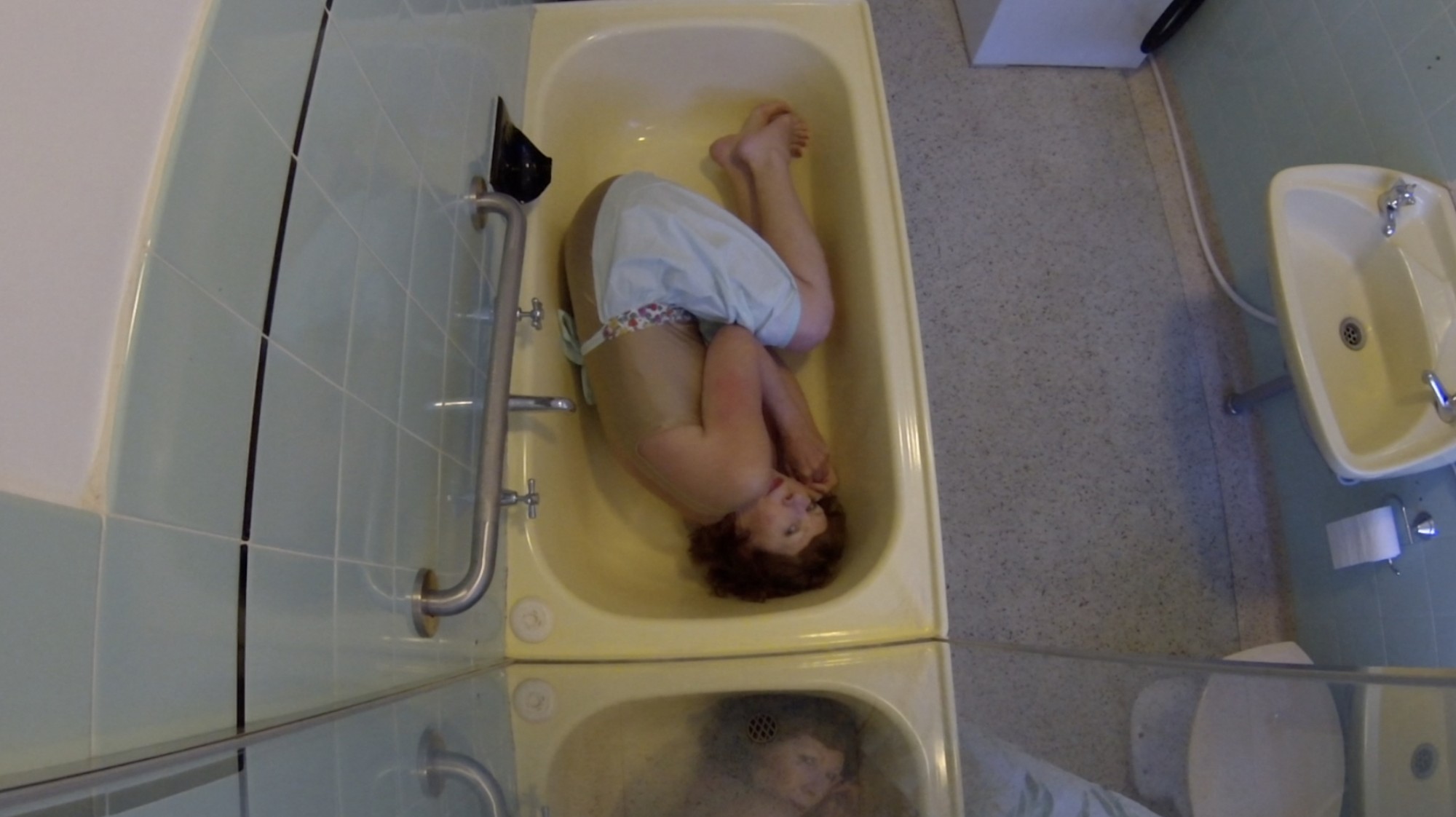 Poetics of Home is a series of five screendance works exploring the artists’ relationships with objects, architecture and atmospheres within domestic spaces. Drawing out phenomenological, psychological and mnemonic aspects of rooms and features of the house, Bachelard’s 1957 book Poetics of Space, called for architecture to take into account the affective experience of its users — the imprint of place memory upon the body and imagination. This offered locked-down Melbourne artists a rich catalyst for danced departures.

END_OF_DOCUMENT_TOKEN_TO_BE_REPLACED

Gretel Taylor is a dancer, researcher and curator who has presented performances internationally. Her work is often site-responsive and activates decolonizing and ecological themes. She is a key artist of Environmental Performance Authority (EPA), an interdisciplinary collective creating walking performances that facilitate immersive acquaintance with places. Gretel’s PhD explored relationships between place, body and identity in Australia through site-specific performance (2009). Since 2018 she has been developing a dance-place-video practice with photographer Laki Sideris. Recent works include video installation Scourge (Sept-Oct 2019) for SaltBody exhibition, Arts Mildura, and Plateau as featured exhibition for Head On 2019 (Sydney).In 2018 Gretel curated Force of Nature, a live art/performance program and exhibition at Yarra Ranges Regional Museum. She is curating Dancing Place: Corhanwarrabul, a site-specific performance program at Mt Dandenong in November 2020. Gretel is currently Research Fellow in School of Communications and Creative Arts at Deakin University, initiating arts research project, Barefoot on Country, with Professor Liz Cameron, Chair of Indigenous Knowledges. She teaches Body Weather Training at Dancehouse and outdoor BodyPlaceProject workshops.

Charlotte Evans is an interdisciplinary artist who works predominantly in the field of contemporary dance and visual art. Charlotte completed her Bachelor of Creative Arts with a major in Dance at Deakin University in 2017 and later went on to complete her Honours year in 2019. Charlotte also studied dance in New York under a program facilitated by Movement Research and Deakin University, once completed she continued to work in New York alongside a dance group under the direction of K.J homes which culminated to the performance ‘Capsule’ at the Judson Church Theatre in 2017. Charlotte has been exploring what is possible when the methods and techniques of digital film are combined with the process of dance composition. Charlotte’s current practice explores the ways in which the medium of film and the platform of the screen itself may enable dance to be presented and experienced in innovative and engaging ways which cannot be achieved through live dancing alone. Charlotte has now created a handful of short dance films and screendance installations and is continuing to expand her research through a number of different avenues.

Jonathan Sinatra has been a principal dancer/collaborator with Australian choreographer Russell Dumas’ and Dance Exchange since 2001 and worked with numerous international choreographers within festivals in Australia and Europe. Jonathan is a significant contributor, teacher and facilitator to the Australian and International Contact Improvisation community for 25 years. He has had a 30-year relationship with many different creative projects at Victoria University, and diverse professional experience in dance making and teaching. Jonathan has worked for over ten years at Footscray Community Arts Centre as the Leading ‘Arts Life’ Facilitator. Jonathan has had a long connection with many various creative projects with a diverse range of community artists to keep the practice of art enduring. Jonathan is aka DJ Mr Motion with Guru Dudu silent disco tours based in Melbourne.

Dianne Reid is a performer, choreographer, camera operator, video editor, writer and educator. She has created dance for a range of live and screen contexts. Hipsync is her dance video production company established in 2002. Dianne has created over 40 screendance works, many of which have screened internationally. Dianne trained in Adelaide in Communication Studies (Drama), then a BA Dance under David and Simi Roche (South Australian College of Advanced Education). In 2001 she completed a Master of Arts in Screendance at Deakin University. She was a founding member of Outlet Dance in Adelaide (1987–89) and a member of Danceworks from 1990–95 under the direction of Helen Herbertson and Beth Shelton. Between 1996-2004 Dianne was Associate Lecturer in contemporary dance, physical theatre and dance video at Deakin University (aka Rusden). In addition, she has been a guest teacher and/or choreographer VCA, WAAPA, Chunky Move, Dancehouse and Australian Dance Theatre. From 2004-2006 she was Artistic Director of Dancehouse, Melbourne’s centre for independent contemporary dance, during which time she introduced the Grad Lab, Dance Path, Dance Flicks and The Joker seasons. Dianne and Melinda Smith received Australia Council and Creative Victoria funding to continue their collaboration developing their duet work which formed part of her doctoral research “Dance Interrogations” for Deakin University. “Dance Interrogations 2016” was presented at the Footscray Community Arts Centre as part of their Call to Create initiative, and at the inaugural Salamanca Moves contemporary dance festival in Hobart, Tasmania, where it won the A.W.A.R.D. show to return in 2017 as part of the Ten Days on the Island Festival. Dianne completed a creative practice doctorate in 2016 combining site specific performance, improvisation and interactive video projection into a form she describes as “live screen/dance.” In mid 2018 she completed the dance documentary “Nothing but bones in the way” about her collaboration with Melinda Smith, which won the Best Dance Film award at the 15th Annual ReelHeART International Film and Screenplay Festival in Toronto in July. In 2019 she presented a new solo performance work “Cabin Fever” which received 5 star reviews and won the Adelaide Fringe Bank SA Weekly Award for Best Dance at both the 2019 and 2020 Adelaide Fringe Festivals.

Tony Yap, born in Malaysia, has made a commitment to the exploration and creation of an individual dance theatre language that is informed by psycho-physical research, Asian shamanistic trance dance, Butoh and psycho-vocal experimentations. Tony has received numerous nominations and awards including ‘The Decay of the Angel’ which won him a Green Room Award for Male Dancer Award. He is a key figure in inter-cultural discourse and received Asialink residential grants to work in Indonesia in 2005, and 2008 and a Dance fellowship from the Australia Council for the Arts. Tony is the founding Creative Director of Melaka Arts and Performance Festival – MAP Fest. His practice is grounded in: Asian philosophies, sensibilities and forms; inter-cultural and multi-disciplinary approaches; inclusivity, diversity and independent voices; process, evolution and the emergent. Tony’s contemporary trance praxis is the focus of his PhD research in dance, physical theatre and multidisciplinary practice.