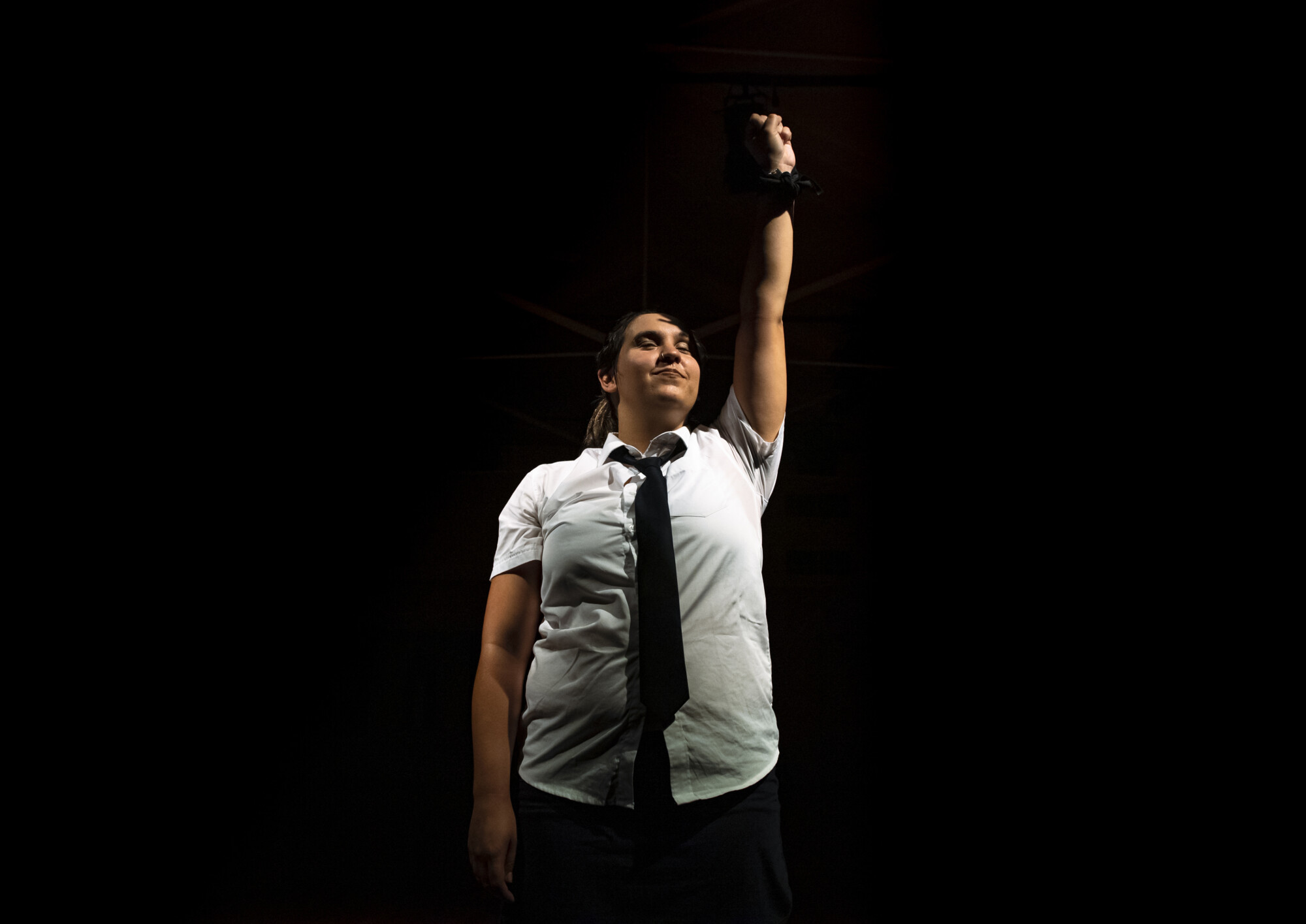 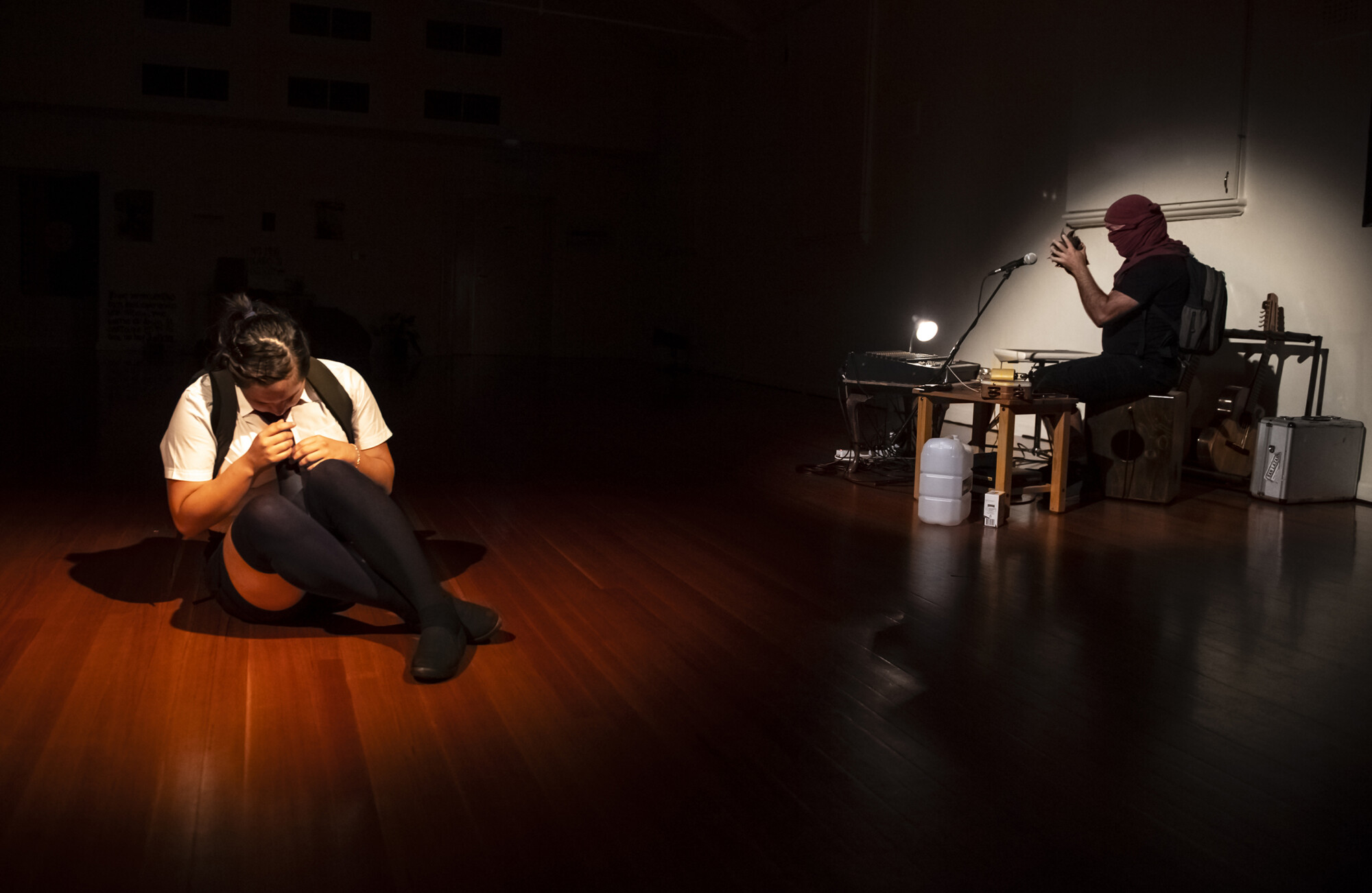 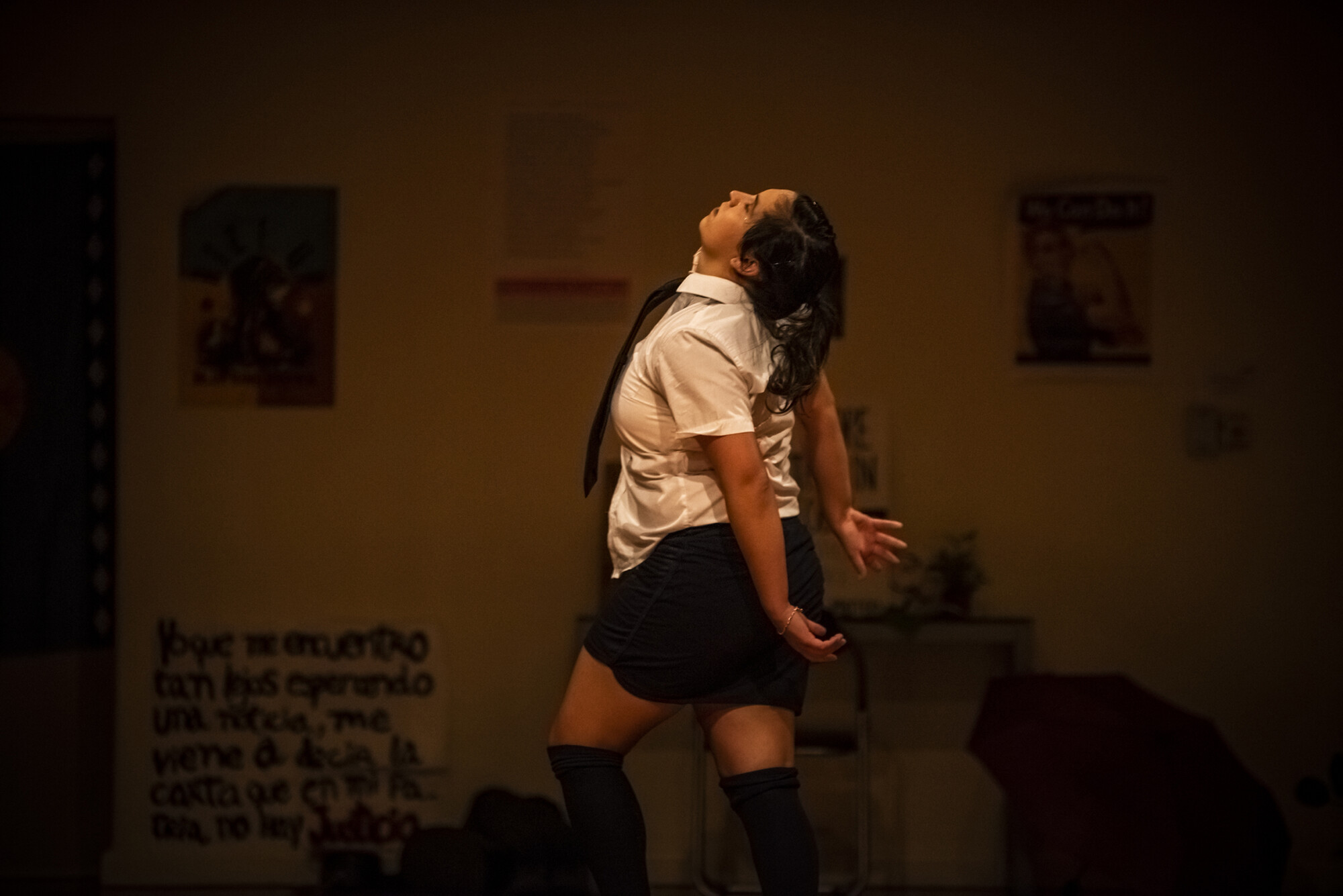 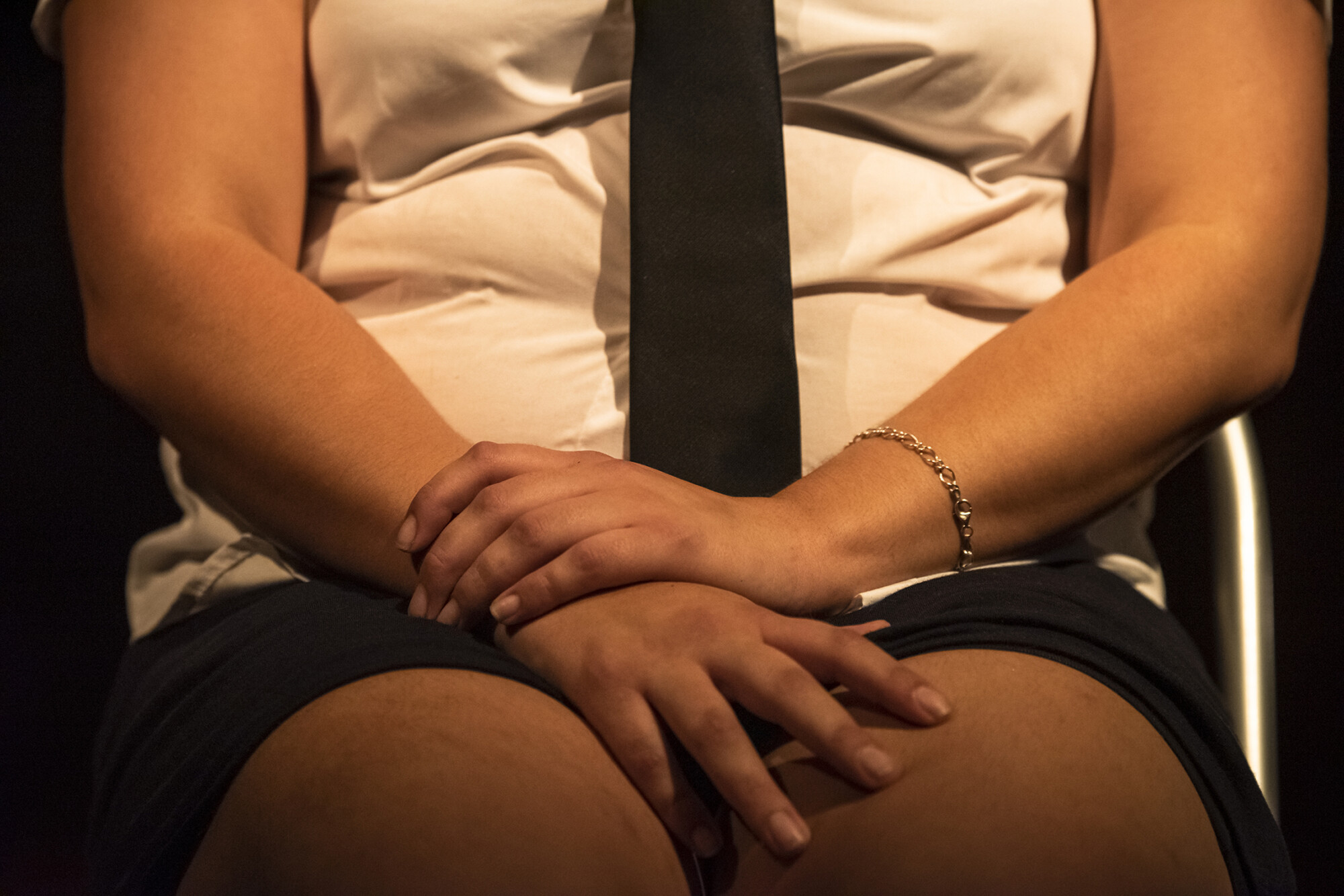 Please be advised, some people may find the contents challenging as this work explores real life struggles associated with Chile’s current uprising and the Pinochet Dictatorship. Viewer discretion is advised.

This work is a duo between two Chilean/Australian artists and their relationship to themselves, each other and the collective experience of an intimate audience. Told through a story of a young Chilean student activist, the work is an intersection of music and dance, history and the present, the personal and the collective, what’s here with us now and what’s lost and forgotten. The artists are Gabriela Green Olea, a dancer and choreographer, and musician Oscar Poncell. They are both children of parents that fled the Pinochet Dictatorship in Chile in 1973 and their living body memories hold a very similar intergenerational trauma that gives voice, song and movement to their ongoing resistance to the oppressive powers that dominate us all. Memoria del Cuerpo Vivo seeks to live within the lives of us all and argues that our stories, no matter how personal, are not something created or experienced behind closed doors. They are a part of (and about) our collective resilience.

END_OF_DOCUMENT_TOKEN_TO_BE_REPLACED

Gabriela Green Olea is an activist and dance artist who works across many mediums, with all people and within inclusive environments. As a daughter and granddaughter of a refugee family, her work responds to the ideas of cross-cultural identity and the transitional space of belonging to community and place. She is a graduate of dance from the Victorian College of the Arts, 2014. In 2018 Gabriela was awarded a Young Regional Artist Scholarship and choreographed her first social arts project Continued Process, Altered Location for the This is Not Art Festival in Newcastle, 2018, mentored by Becky Hilton. In 2019 she choreographed WHO WE ARE with dancers in regional NSW, living with and without disability mentored by Vicky Malin (UK). In 2020 Gabriela performed at the Sydney Festival in ENCOUNTER by Emma Saunders for FORM Dance Projects. Gabriela is currently a Dancehouse Emerging Choreographer in Melbourne and is working in Western Sydney with Emma Saunders on her ‘Curated Program’ and the We Are Here Company.

Oscar Poncell is an Australian born guitarist, composer and producer, he has been playing guitar for 24 years and performing professionally since early 2001. His passion for music and commitment to the guitar have been pivotal to his success in exploring the musical landscape of his past and present. He draws upon the traditions of South and Central American music, African music, Jazz and contemporary music. Since his formal and informal studies in music with various highly respected guitar mentors, Oscar has become an outstanding guitarist and has had the opportunity to perform at major Australian Festivals such as Melbourne International Jazz Festival 2008—18, Womadelaide 2007, 18th Byron Bay Blues and Roots Festival 2007, Wangarratta Jazz Festival 2015 and he has toured internationally to Chile, Germany, Vanuatu, and New Caledonia. He is a founding member, vocalist, guitarist and plays the “Tres Cubano” in San Lazaro — one of Melbourne’s leading Latin bands who were recognised for their contribution of all original recordings to the Australian world music scene in an Australian Music Council publication World Music, Global Sounds In Australia 2010. 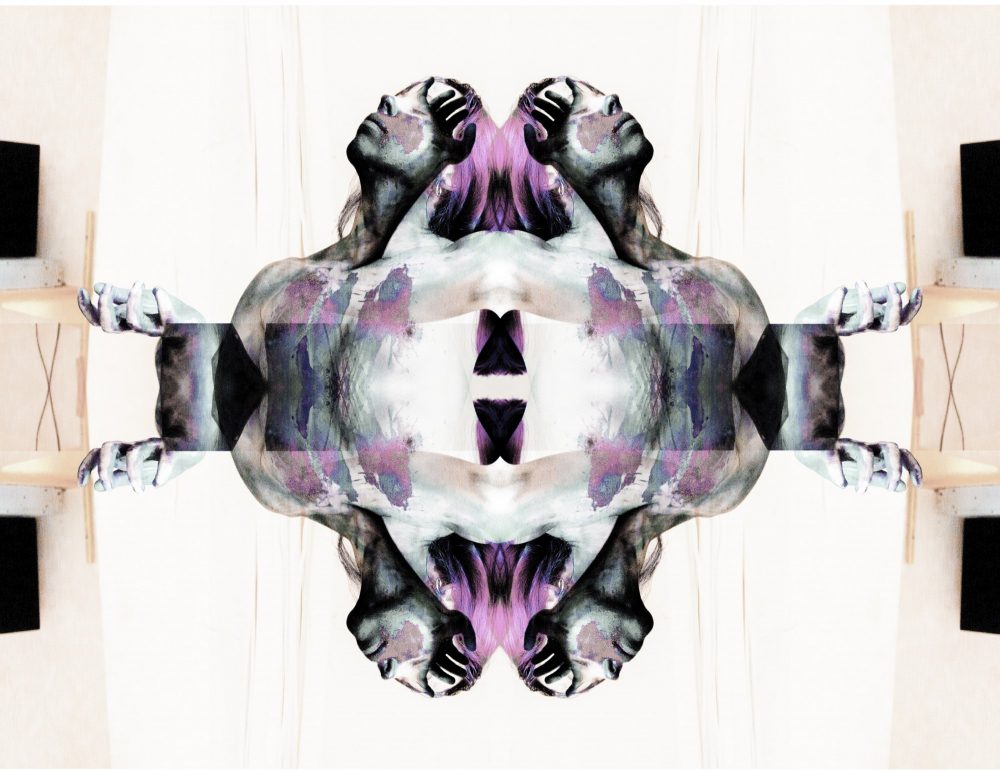