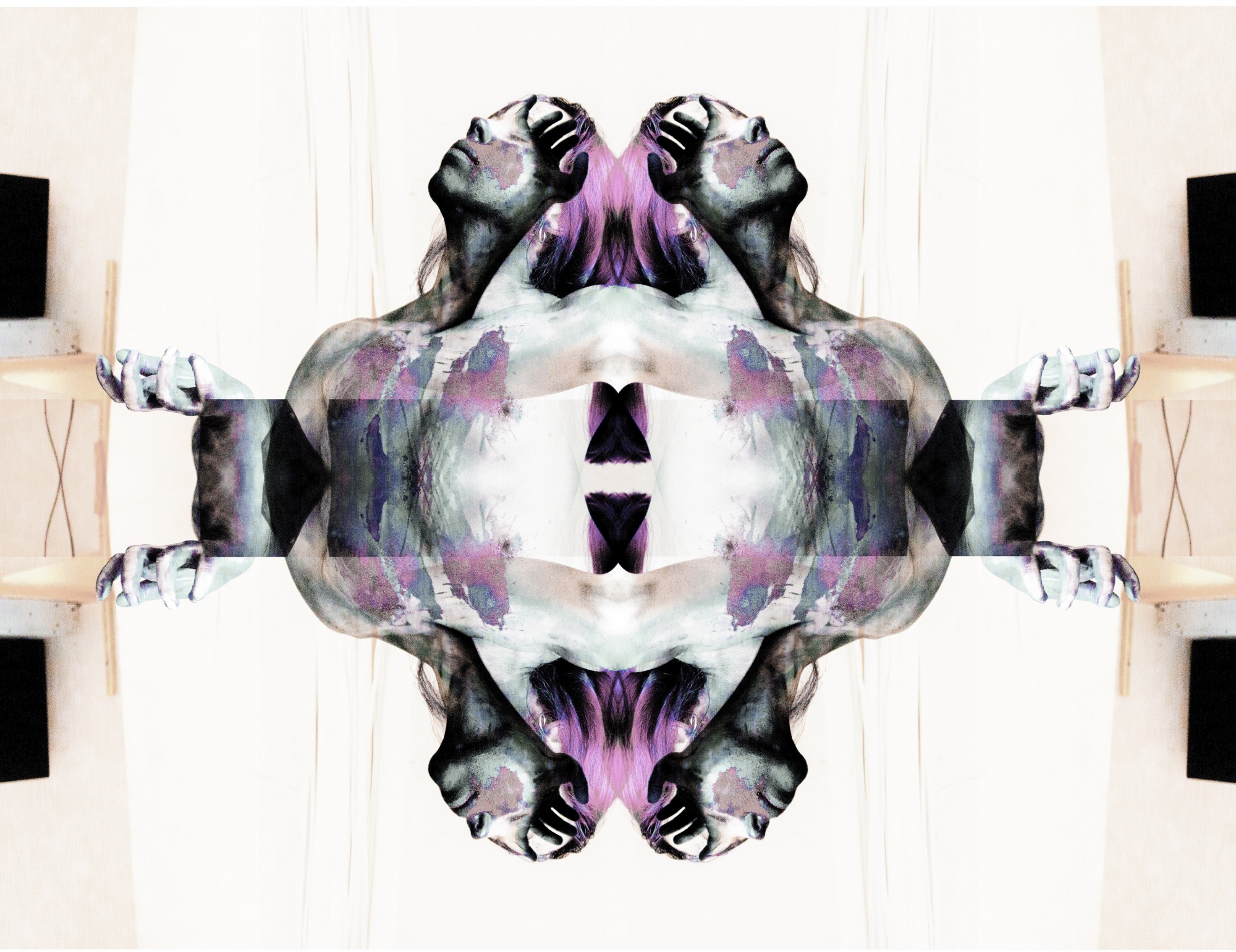 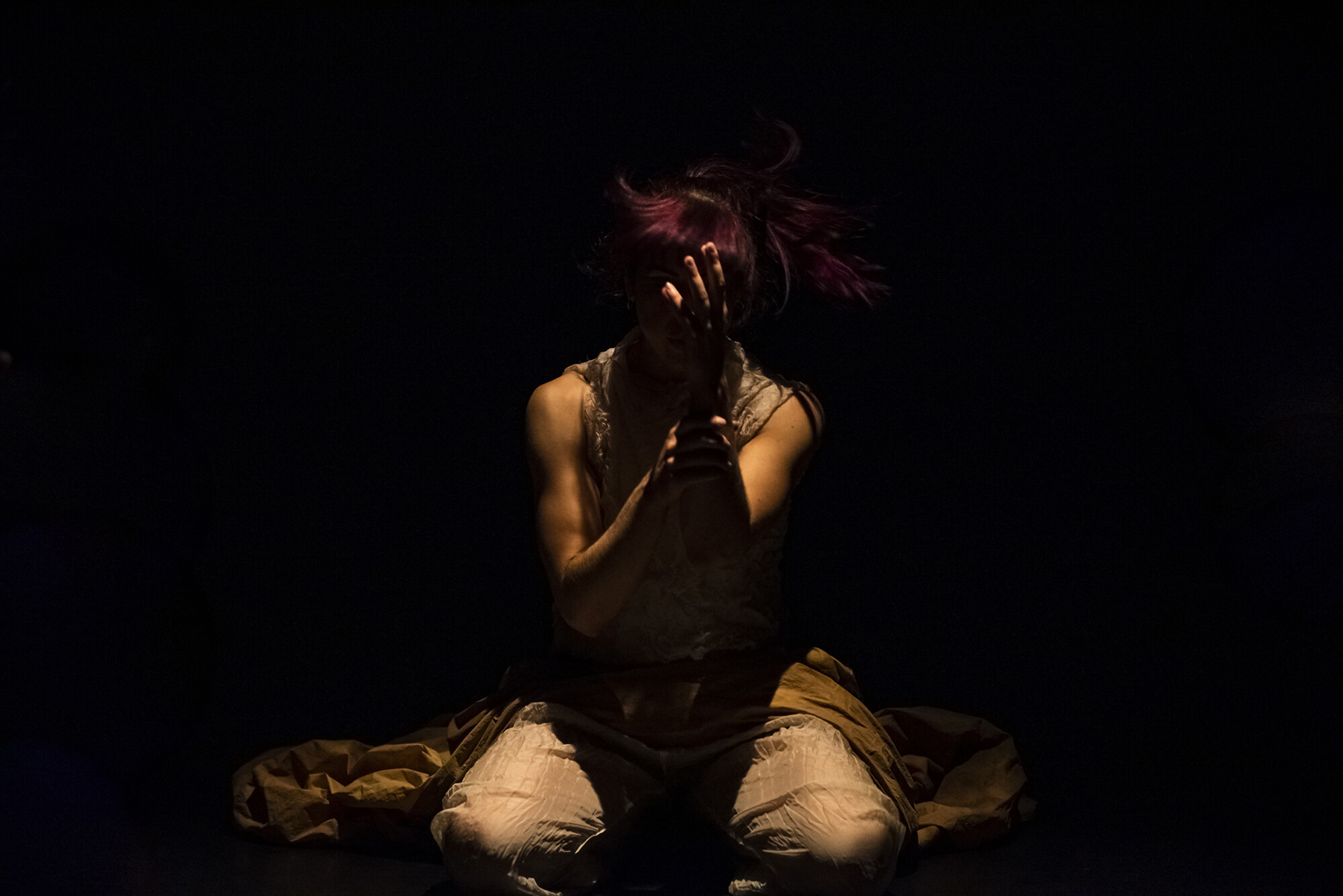 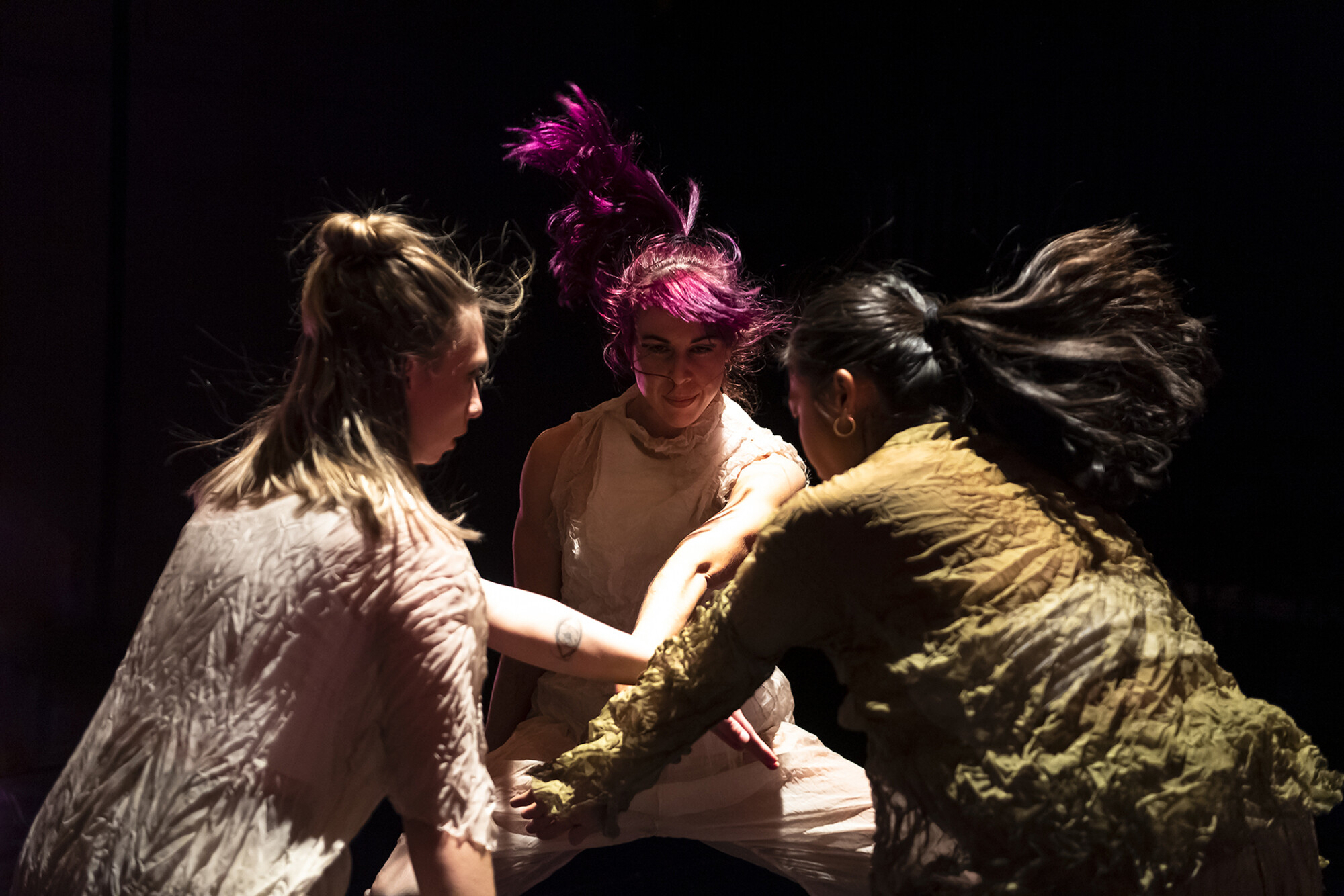 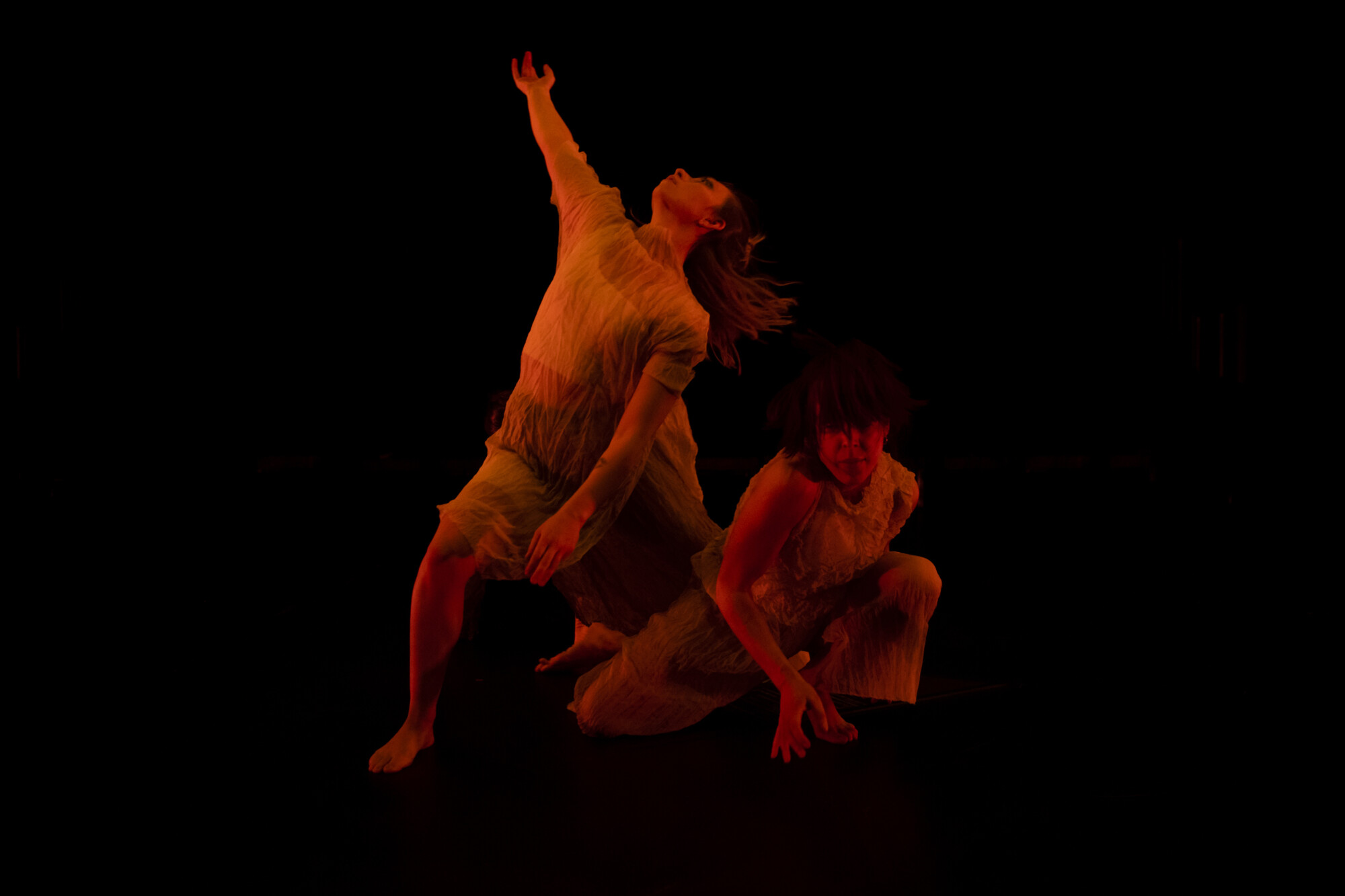 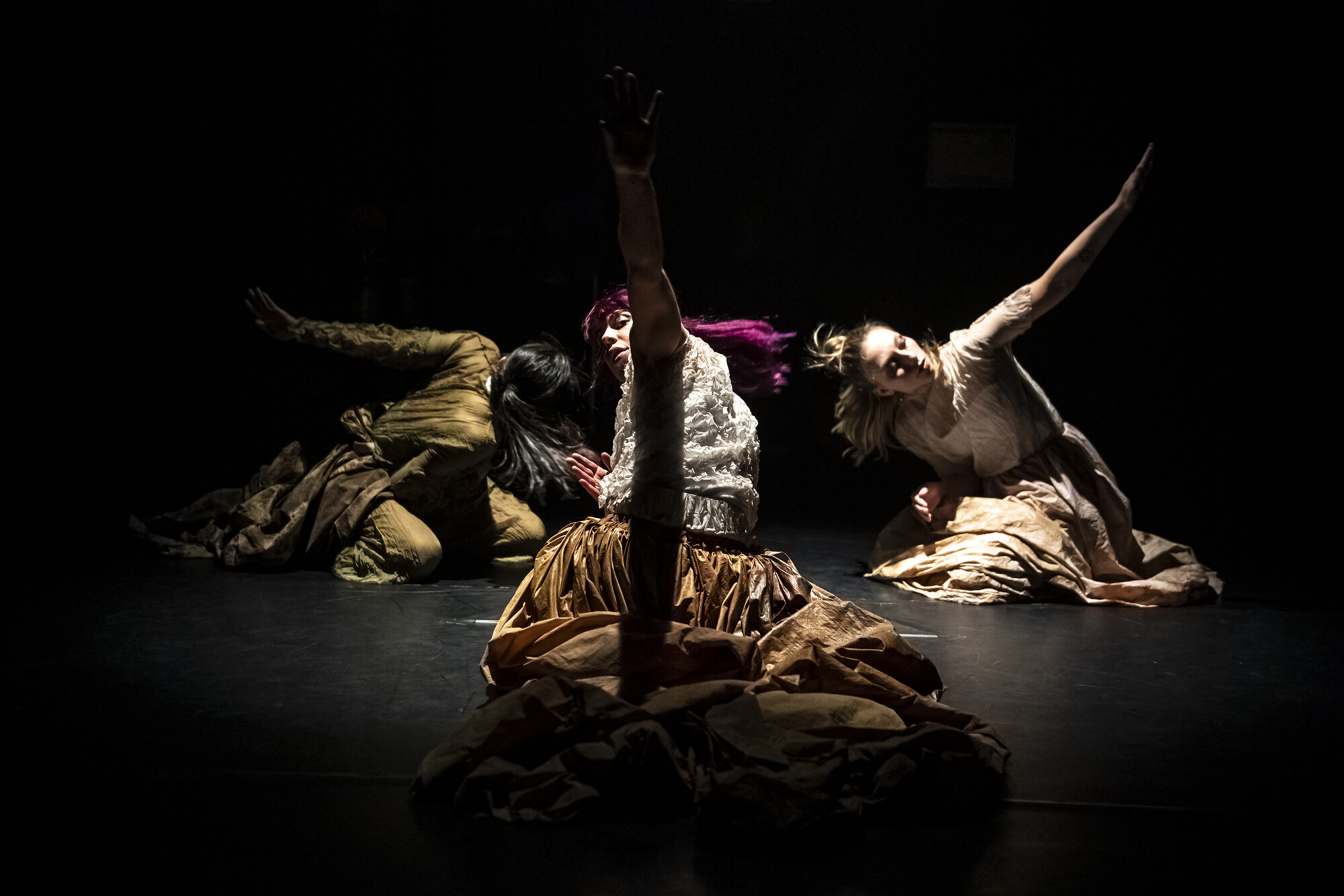 Package: See Bodylex and Memoria del Cuerpo Vivo too for $55—75 >> BOOK ALL THREE

Please be advised, this work includes loud music or sound effects, smoke or haze effects and strobe like effects. Viewer discretion is advised.

Culturally, moths symbolise transformation, death and rebirth. Moths remind us that endings often precedes growth. Beauty in and despite destruction. Life is cyclical yet ultimately futile. Death is inevitable but necessary. Nature’s duality. Unaware of their own mortality, the life trajectory of moths provide a strange reassurance — where there is loss, new opportunity can be found.

Combining original sound design (Tamara Violet Partridge) and transformative costume design (Amelia Peace), MOTH pays homage to the fleeting beauty of the short life cycle. A contemporary dance with Aimee Schollum’s signature looping choreography. A harmony of coded percussion and malleable movement. Walk the line between primal instinct and self-directed patterns. Can you see the cycle? What is your “flame”?

Package: See Bodylex and Memoria del Cuerpo Vivo too for $55—75 >> BOOK ALL THREE

END_OF_DOCUMENT_TOKEN_TO_BE_REPLACED

Aimee Schollum is a Melbourne based, New Zealand born dancer, choreographer and graphic designer. She graduated with a Bachelor of Art and Design (Honours AUT 2010), a Diploma of Dance (2015) and has been a member of the 2019/20 Dancehouse Emerging Choreographers Program. Choreographic credits include Sonos winner Best Dance/Physical Theatre (2018 Melbourne Fringe) and Eyes Wide Open (2019 Melbourne Fringe). Most recently she performed in Stephanie Lake Company Colossus (Melbourne International Arts Festival 2019), Chunky Move & Contact Gonzo ChoreoLab performance at NGV (2020) and was a rehearsal director for Simulcast Bendigo by Chunky Move (2019). Alongside her arts practice Aimee is an experienced dance, Barre and RYT500 Ashtanga Yoga teacher.

Jaala Jensen is an Australian dancer, choreographer and filmmaker. She works as a multidisciplinary artist and explores ideas that combine the two mediums. Jaala got her start with DRILL Performance Company in Hobart, then relocated to Melbourne to complete a Diploma of Dance at The Space School of Performance Arts, and a Bachelor of Film at SAE Institute Melbourne. She has gone on to produce and perform in a number of independent works and short films and has recently spent time working as a choreographer with youth companies, DRILL and Spark Productions.

Melissa Tan originates from the Northern Territory, and began dance training at Western Australian Academy of Performing Arts(WAAPA), where she completed her Bachelor of Arts in 2015. Throughout her training, Tan performed in works by Sue Peacock, Justin Rutzou, Oded Ronen, Aimee Smith, Lucas Viallefond, and Lin Wen Chung. During 2015, she was granted the opportunity to spend 5 months at Taipei National University of the Arts (TNUA), where she was awarded Best Female Dancer, in Lin Wen Chung’s remount of Chang He/Long River.In the past couple of years, Tan has trained with artists across Europe and spent much time exploring genres of urban, street, afro, parkour, and stunt performance, developing her skillset and artistry on foreign grounds, allowing a broader outlook on her creative stimuli. She continues to explore various styles to broaden her physical and artistic repertoire. Early this year, Tan performed in works High Expectations (Fringe Perth) choreographed by Samantha Crameri-Miller, and Colossus (Perth Festival), by Stephanie Lake.

Emily Shoesmith graduated from the Victorian College of the Arts in 2016. Here she had the opportunity to work with Stephanie Lake, Lee Serle, Mariaa Randall, Sandra Parker, Rheannan Port, Kyall Shanks and Isabelle Beauverd. Since graduating she has worked as an independent artist, making and performing alongside Ashlen Harkness in their collaborative work ‘In A Moment’ in 2017.  In 2018 Emily performed in award winning work ‘Sonos’ choreographed by Aimee Schollum for the Melbourne Fringe Festival as well as ‘Eyes Wide Open’ in 2019 again choreographed by Aimee Schollum.  Emily performed in ‘DYEL’ choreographed by Jacinta Martorella as part of double bill ‘Binary’. Emily has a keen interest in dance on film and has danced in short films ‘nowhere still for you to know me’ and ‘take of me what you please’ directed by Jaala Jensen.

Tamara Violet Partridge’s appetite for music has become a passionate hunger to compose for film and multimedia. With a Bachelor Degree in Music Composition, and a Bachelor Degree (Honours) in Interactive Composition as well as specialised training in Film Scoring, Tamara commits herself to write, record and produce at the Industry Standards for every project she takes on. The Melbourne based composer has worked with directors and producers from various Australian Universities and Film Production Companies which has granted Tamara the means and the momentum to infinitely explore originality and professionalism in her work. With a strong background in music performance, being apart of the Melbourne Youth Music community as a child and having the exposure to an expansive variety of styles, artists, technologies and creative approaches has allowed Tamara to have a vast network of some of the highest calibre of musicians and producers in Melbourne.

Amelia Peace is an emerging designer and maker, graduated from a Bachelor of Fashion (Design) (Honours) at RMIT. Her work includes two years as Design Assistant at bespoke Melbourne label MaterialByProduct and Designer and Workshop Leader at Specialty Pleaters. She has since had the privilege of being involved in Victorian Opera’s 2018-2021 seasons as Assistant Costume Supervisor.Amelia is interested in garments that explore shaping and big volume, using techniques that do not disrupt the cloth. She is interested in reframing women’s evening wear and the clash between under and outer garments. 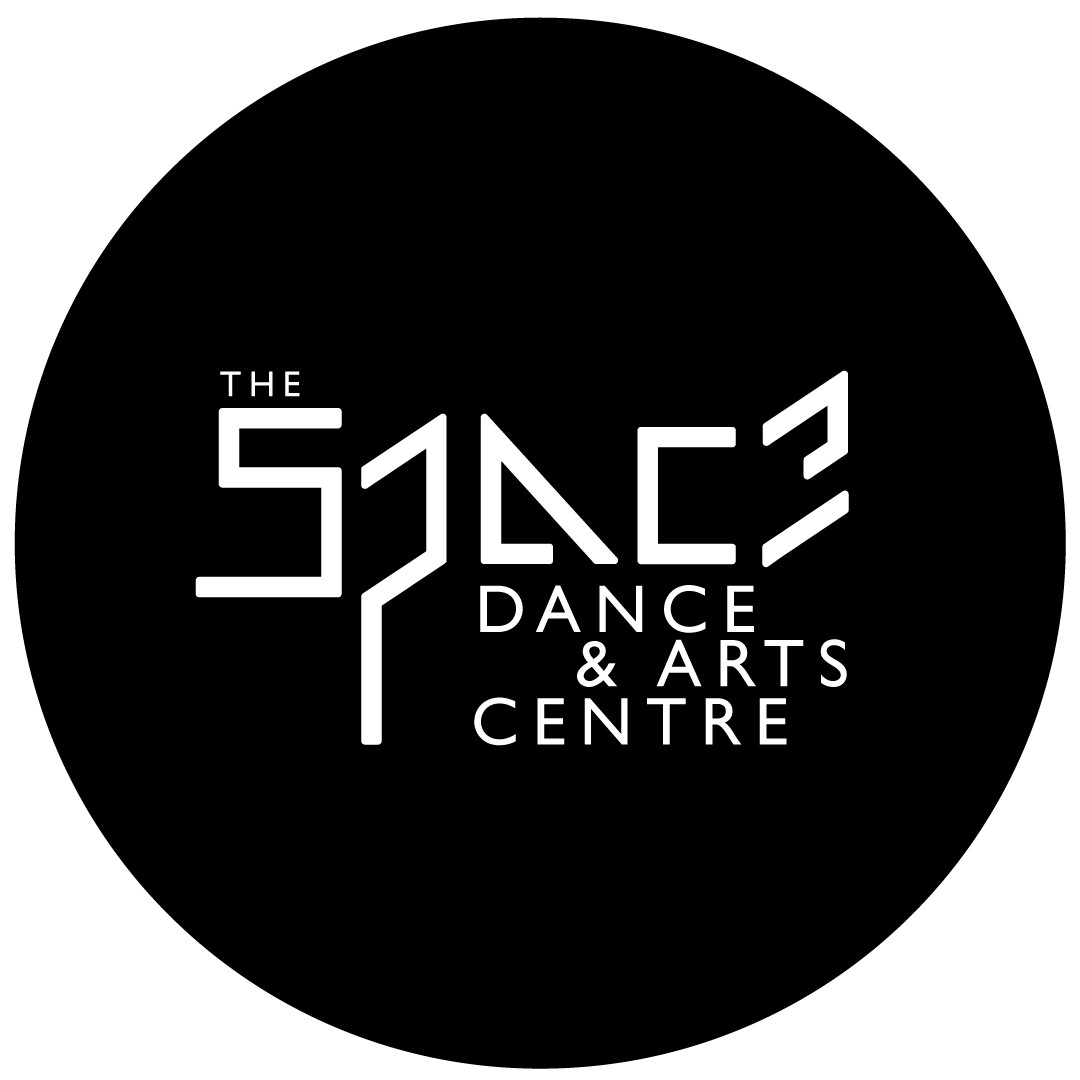 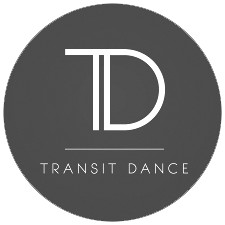 This work has been supported by Dancehouse, The Space Dance & Arts Centre and Transit Dance. Special thanks to producer Beth Raywood Cross, lighting designer Jess Hutton and costume designer Amelia Peace for their contribution in bringing this work to life. 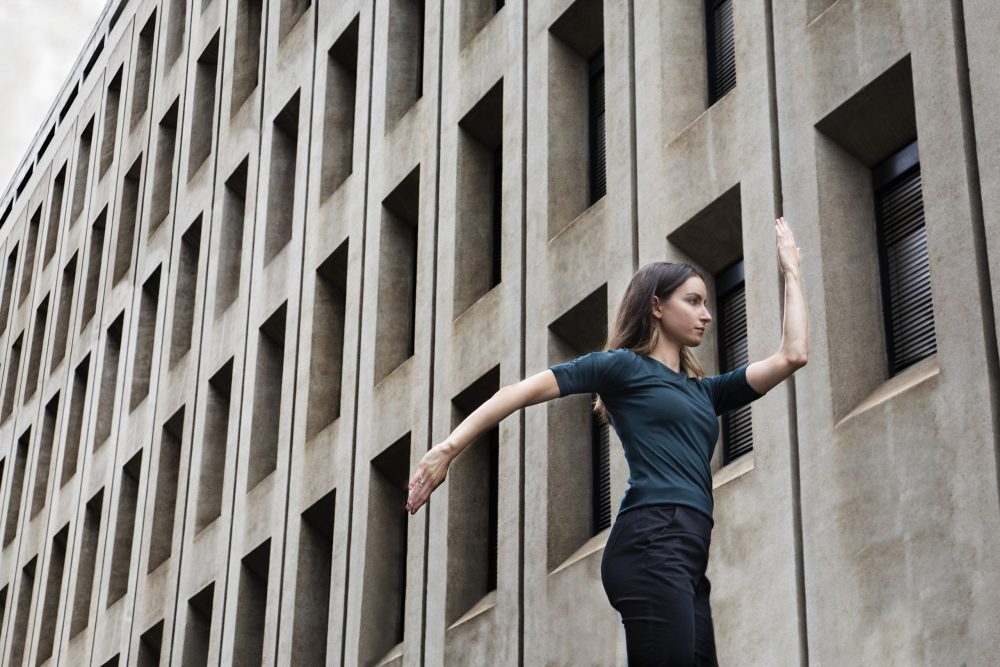