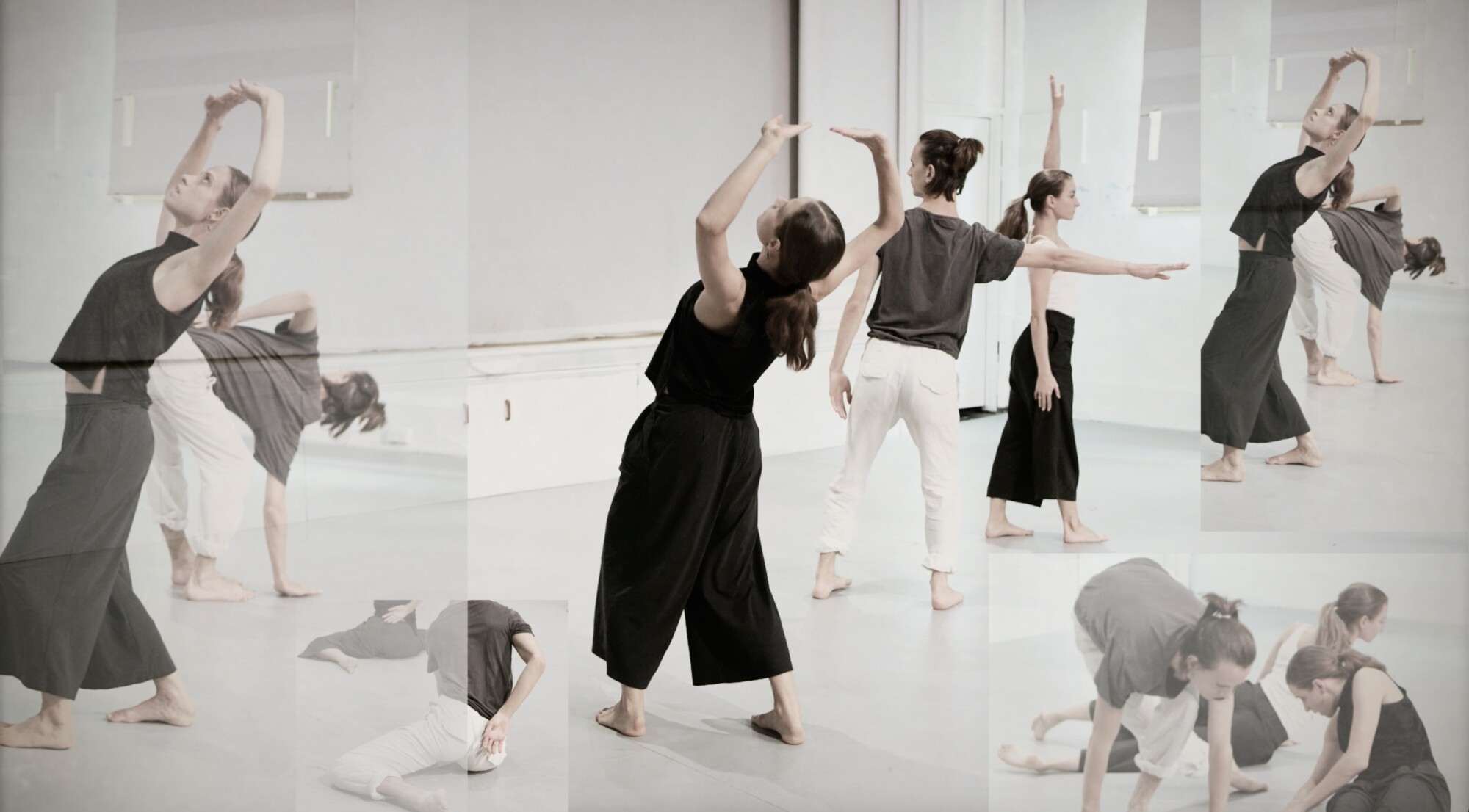 A new contemporary dance work by Isabelle Beauverd, Passing explores the construct of time as a means of organisation and adherence. Within a multifaceted and complex framework, Passing reflects upon our subjective experience of time and our innate sensitives to it, questioning its linearity and existence. Passing sees performers stuck inside a matrix of inertia; at times exploding through synchronised dynamic movement but in other instances fumbling through their own journey of existence. The work hopes to question our individual relationship to time passing and ponder whether our experience of time is personal, subjective, and/or an illusion.

END_OF_DOCUMENT_TOKEN_TO_BE_REPLACED

Isabelle Beauverd is a freelance dance artist from Naarm/Melbourne. She has performed for Siobhan McKenna, Chunky Move, Sandra Parker, Victoria Chiu, Arts Fission, Rhys Ryan, Emma Riches, and Jack Riley. Upon graduating from The Victorian College of the Arts, Melbourne University in 2016, Isabelle received the Choreographic Development Fund Award. Her choreographic works include Bottom Line (Melbourne Fringe Festival, 2016), Grapple (First Commissions Program, Melbourne University, 2019) and Surge (awarded Best Dance, Melbourne Fringe Festival, 2019). Her choreographic work stems from her interest in the world and the way in which individuals connect with their environment. Isabelle recently participated in Dancehouse’s Emerging Choreographers Program and presented at Out of Bounds, a program facilitated by Temperance Hall and Lucy Guerin Inc.

Benjamin Hurley is an independent dancer, choreographer and teacher who graduated from The Victorian College of the Arts in 2016. Originally from Alice Springs/Mparntwe, Benjamin is currently based in Melbourne/Naarm and his practice has been influenced by the companies and artists that he has worked with, including PhillipAdams/BalletLab, Arts Fission, Strange Fruit, Alice Will and Caroline, Isabelle Beauverd, Deanne Butterworth, Shelley Lasica, Emma Riches, Alessandro Sciarroni, Lee Serle and Victoria Chiu. Some performance credits include ‘EVER’ & ‘GLORY’ by Phillip Adams/BalletLab, ‘Slow Calm Drama’ by Deanne Butterworth, and ‘Set and Reset/Reset’ by Trisha Brown Dance Company. He has presented short works including ‘Dancing Conversations for Anna’ as part of the Out of Bounds Program facilitated by Temperance Hall and Lucy Guerin Inc., and ‘My Life Would Be Better If’ as part of the Exquisite Corps program facilitated by Phillip Adams and Luke George at Temperance Hall.

Tra Mi Dinh is a freelance dance artist based across Sydney and Melbourne. She is a dancer for Lucy Guerin Inc. and has worked with some incredible artists including Victoria Chiu, Lee Serle, Michelle Heaven, Isabelle Beauverd, and Monica Bill Barnes & Company. In 2019 she was nominated for a Green Room Award for her performance in ‘Make Your Own World’ by Lucy Guerin. This year Tra Mi performed her debut solo work HOLDING at March Dance Sydney. Her choreographic practice has been supported through residencies undertaken through Tasdance’s On the Island program, Sydney Fringe Festival’s Art in Isolation, and Readymade Studio’s Constant Relay. Tra Mi’s new work (UP)HOLDING will premiere this September at Sydney Fringe Festival. Tra Mi studied at The Victorian College of the Arts, University of Melbourne, graduating in 2014 with a Bachelor of Fine Arts (Dance) and the Orloff Family Charitable Trust Scholarship for Most Outstanding Dancer.

Emma Riches is a dance artist working in contemporary and experimental dance as a performer, choreographer and teacher. Based in Melbourne/Naarm, Emma is interested in the intersection of these three modes of engaging with dance and considers ways in which they can inform each other. Her choreographic work has been presented at Temperance Hall (Exquisite Corps, 2021), Dancehouse (Emerging Choreographers Program, 2020), The University of Melbourne (First Commissions Program, 2019), Melbourne Fringe Festival (Compass Program supported by Gandall Philanthropy, 2016/17), and LASALLE College of the Arts (M1 CONTACT Festival, Singapore, 2015). She has worked with artists including Benjamin Hurley and Luke Fryer, Jo Llyod, Siobhan McKenna, Alice Will Caroline, Phillip Adams and Matthew Bird, Victoria Hunt, Emily Johnson, Piaera Lauritz, Thomas Woodman, Shian Law, Polito, Deep Soulful Sweats, as well as Lucy Guerin Inc. and BalletLab. Emma is a graduate of The Victorian College of the Arts (BFA Dance, 2015).

Anika de Ruyter is a dance artist based in Naarm/Melbourne. She completed a Bachelor of Fine Arts (Dance) at The Victorian College of the Arts (VCA), University of Melbourne, graduating in 2019 with the Orloff Family Charitable Trust Scholarship in Dance for excellence. During her time at VCA, de Ruyter worked with various choreographers including Prue Lang, Sue Healey, Alisdair Macindoe and Larissa McGowan. She also performed in the National Gallery of Victoria’s Leap into the Modern exhibition, in a rework of Gertrude Bodenwieser’s Demon Machine by Dr Carol Brown. Dance allows de Ruyter to explore the body and its functions in an expression that few other practices can facilitate. Dance provides access to corporeal history and the stories that have been embedded and stored in the body through experience, whilst simultaneously generating physcialised retellings of these stories through virtuosic expression. De Ruyter’s practice seeks methods of articulating this process.

Robert Downie is a sound designer and record producer from Naarm/Melbourne. He specialises in audio editing for media such as film and tv, theatre and contemporary dance, and has production and engineering credits on over 60 records. He also plays in a bunch of bands, usually making cool sound effects and rocking the bv’s.

This project has been supported by the Besen Family Foundation, City of Yarra, and Lucy Guerin Inc. 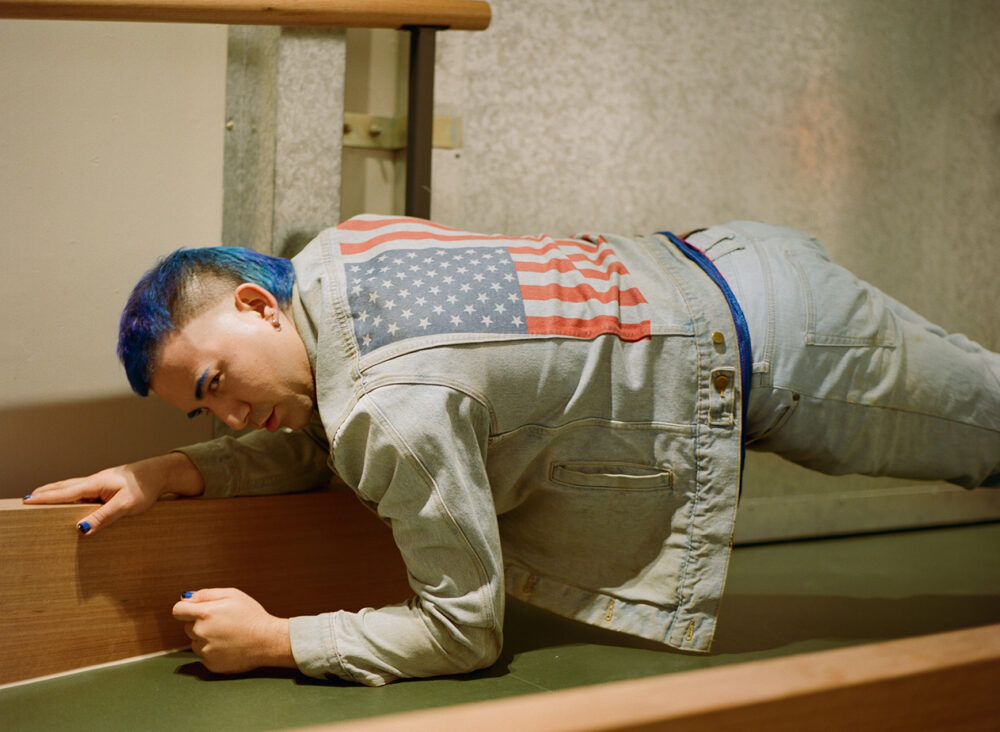 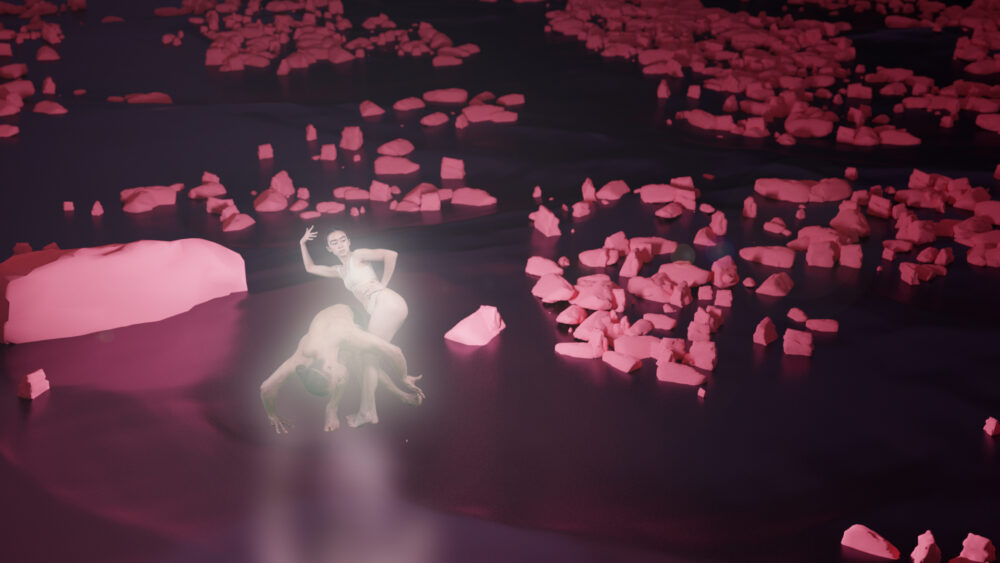 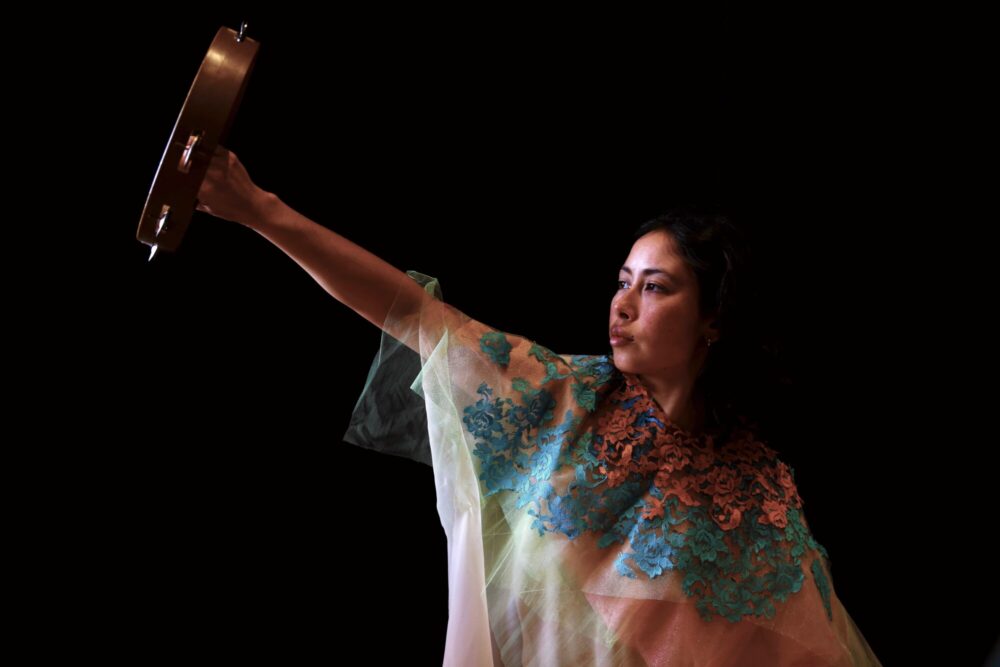 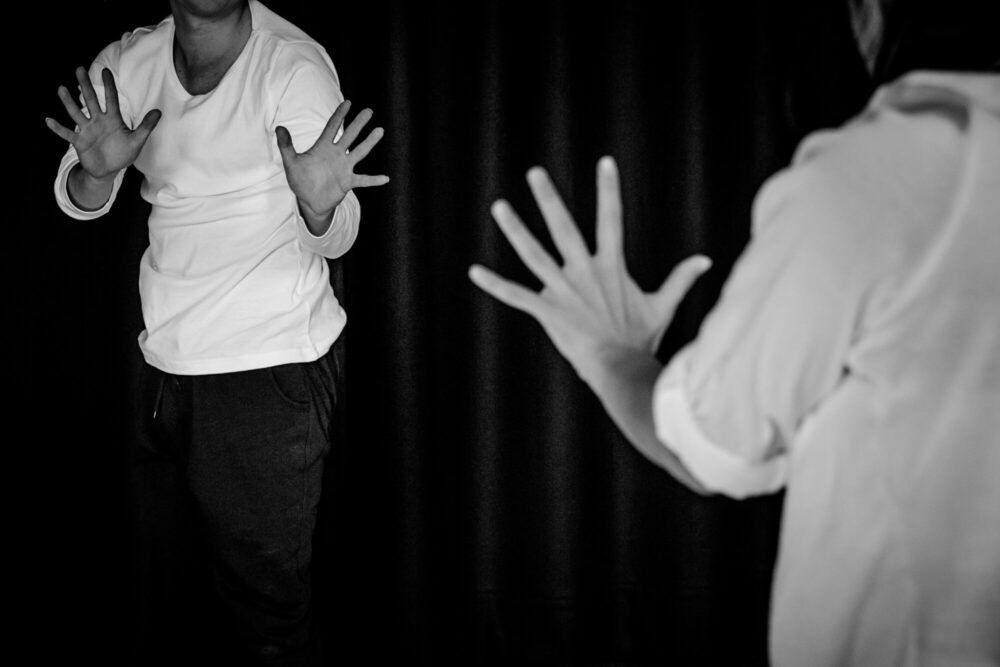 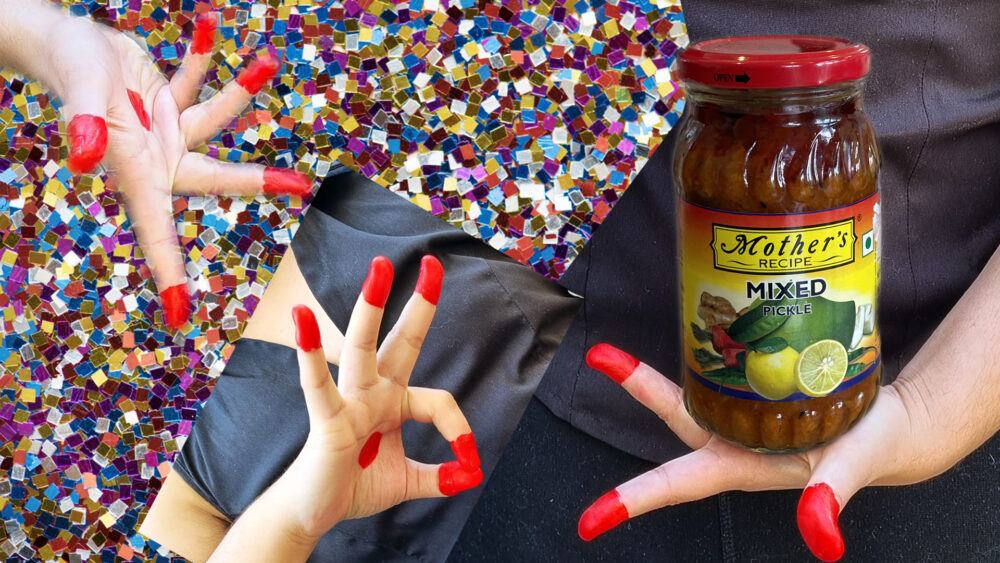