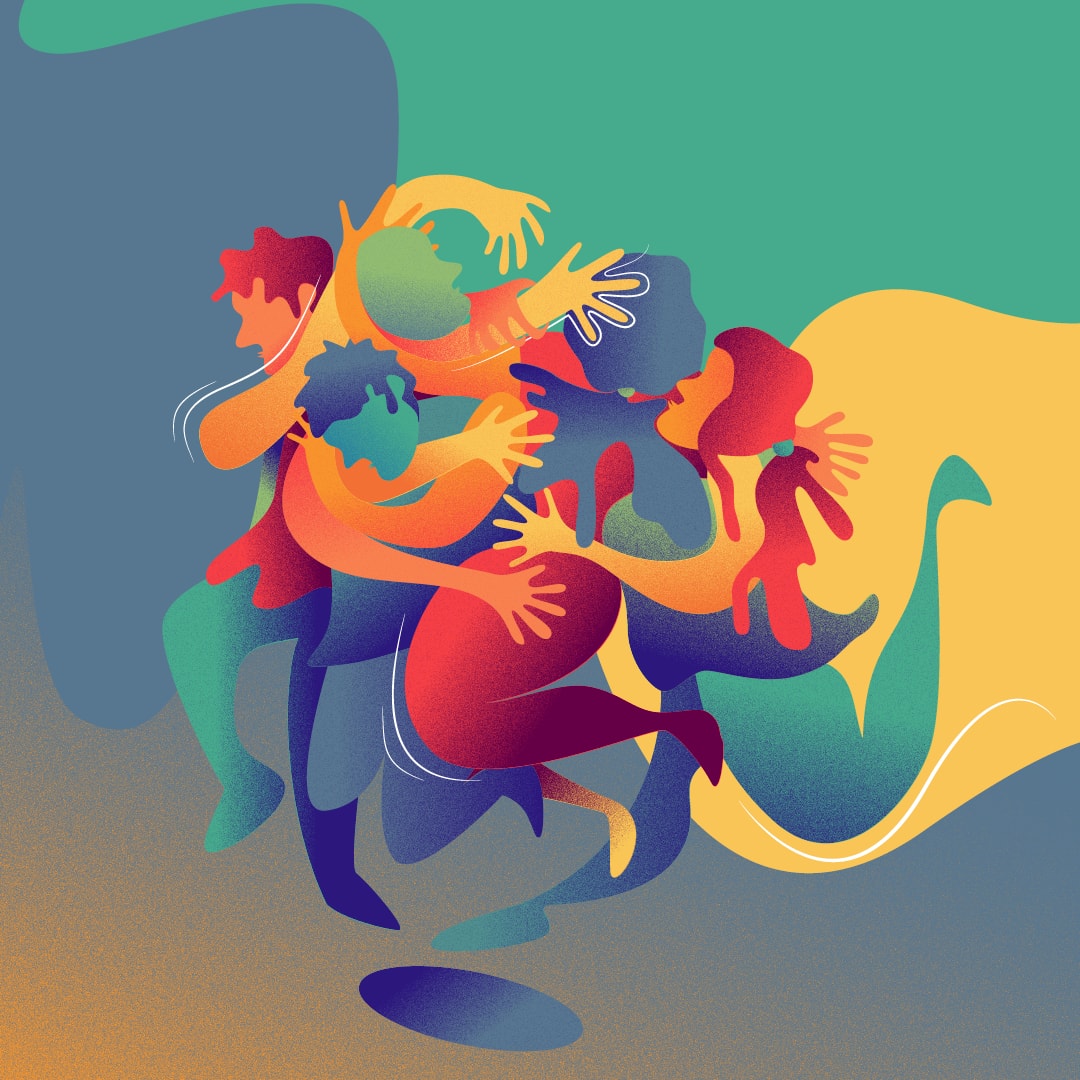 We Are Here by Jennifer Ma & Collaborators is an interdisciplinary dance work that aspires to actualise a fresh form by interweaving expressions of Krump, Contemporary Dance, Hip-Hop and Spoken Word. This work will unfold through a non linear narrative, piecing together a series of vignettes anchored in dance, placing empathy at the forefront of the Asian diasporic experience.

This work bears witness to the resilience that is bred through the tension between self discovery and familial adversity of the contemporary Asian-Australian story. Diving into different narratives being misunderstood, displaced or pressured to meet expectations that aren’t one’s own.

END_OF_DOCUMENT_TOKEN_TO_BE_REPLACED

Jennifer Ma is a Taiwanese-Australian dancer and choreographer. Jennifer studied at Transit Dance and was a member of Yellow Wheel, Mute Crew, Dancehouse’s Emerging Choreographers Program. Jennifer’s own choreographic practice lies in the intersection of contemporary and street dance. Jennifer’s cross-genre dance works have been seen at Melbourne Fringe, Dancehouse and Bunjil Place, alongside multiple short dance films with her collaborators. In efforts to build bridges between the street and contemporary dance communities in Naarm, Jennifer was a mentor for street dancers of ‘Sister Sessions’ and ran multiple cross-genre dance workshops. Jennifer has an upcoming work at Hyphenated Biennial 2021 and is also a recipient of the City of Melbourne Arts Residency 2022 at the Boyd Studio.

Nak Assa is a Thai-Australian award-winning dancer/choreographer and the founding director of Melbourne-based street dance crew, Mute Crew (Step Off Champions 2015-17). He has over 10 years of experience in choreography, freestyle and has taught locally, interstate and internationally. Since 2010, Nak also began his Krump journey training under Australia’s renowned Krumper Trip, was crowned champion of Pass The Buck 2016. Recent ventures into contemporary dance with Jennifer Ma & Collaborators featured Nak as a dancer in Home(s) and in development for We Are Here.

Kaitlin Malone is a Filipino-Australian dancer who graduated from Transit Dance in 2018 and developed her artistic practice under the mentorship of Paul Malek and Israel Aloni. Kaitlin is a current company artist with Transit Dance Company, Variation Three, and Jennifer Ma & Collaborators. In 2018 and 2019 she performed with Stephanie Lake Company in ‘Colossus’ for two Melbourne seasons, as well as rehearsal assistant for the Perth and Switzerland tour in 2020. Kaitlin debuted her first work as part of a triple bill with Origins Dance Company in 2021. Alongside her artistic practice, Kaitlin is also a passionate teacher and mentor. Her investment as a working performer compliments her abilities to teach current industry knowledge and is developing her unique style.

David Prakash is an Indian-Samoan freestyle artist who has explored multiple street dance genres including Popping, Hip Hop freestyle, House, and Krump. David has been battling and judging at various street dance battles in Australia and internationally with recent achievements including: Pass The Buck Champion 2019, Battle24k: FINALS Runner-up (TAIWAN), City Sessions 2v2 FINALS (House, Funk, Hip-Hop). Since 2018, David has been facilitating ‘Jam On Toast’ with Oliver Le, a weekly dance jam for the Melbourne dance community to connect. David’s recent venture into contemporary dance has seen him in development with Chunky Move under Antony Hamilton and multiple creative projects with Jennifer Ma & Collaborators.

Daisuke Benson is a Japanese-Australian dancer, choreographer and teacher who has worked professionally since 2006. Daisuke danced with Melbourne-based Hip-Hop collective, Jigsaw Sneakers and has trained, performed and competed in Japan, Thailand, Australia and most recently, Las Vegas. With a dance career spanning across continents, he is experienced in many diverse dance styles such as Hip-Hop, Funk and Street Choreography. Daisuke is a skilled genre-defying collaborator and has been featured in works by Efren Pamilacan Jr. And Jennifer Ma. Notably, Daisuke also recently won House and Hip-Hop 2v2 categories at City Sessions 2021.

ML Hall is a Filipino-Australian self-taught singer-songwriter and musician. Hall brings together a myriad of sounds and influences in emotive works; creating music that is experimental, patient and personal. Hall’s openness to genres and collaboration has made different musical settings accessible over the years: from musical theatre to 6-piece funk-house band, hip-hop collective to new-wave/surf-rock outfit, downtempo dub to electronic soul. Hall has years of experience as a performer playing all over Australia at a multitude of venues and festivals, and touring regionally, nationally and internationally with 6-piece funk-house band, Sunnyside; most notably in Japan at Fuji Rock Music Festival 2019. Hall’s ventures into creating soundtracks for dance has seen Hall work with Jennifer Ma closely to compose original soundtracks for multiple projects including both live dance works and dance films.

Ari Tampubolon is an artist and arts worker operating under a reconfiguring of the Institutional Critique ‘genre’ of art-making and history. Ari has worked as producer for Hyphenated Projects, RISING Festival, and held exhibitions at Seventh Gallery, Blindside, along with upcoming works at Gertrude Glasshouse and West Space.

Argo Theoharis identifies as a Queer migrant settler with Greek and Filipino (Sibuyanon, Visayan) Ancestry, they grew up in Narrm, and are currently based in Meanjin. Their studies are grounded in Psychology & Neuroscience, and have an emerging interest in embodiment and its relationship to Social Justice. Poetry is their efforts to weave together these disparate fields, attempting to translate lived experience into something relatable, tangible, that simultaneously exists inside and outside of themself. As a poet and writer, they’ve contributed to features in Cluster Magazine, Vertical Life and participated in the Pinoy Ecopoetics Workshop Series by Eunice Andrada. As a spoken word artist, they performed with Floating Key at Afrohub, and most recently contributed prose for ‘We Are Here’.

Jaymi-Lee / Boio is a Queer, non-binary, interdisciplinary, multidimensional artist with Papuan, Malay and Celtic ancestry. They descend from saltwater people and grew up on Gubbi Gubbi country – it is these lands and seascapes that inform their artistic practices. They have included work in a collaborative life drawing exhibit at the National Art School in Eora, published poetry in an independent on-line literary journal called Pressure Gauge Press, based in Meanjin, and recently contributed poetry for ‘We Are Here’. Jami-Lee / Boio works as a disability support worker in Meanjin, and translates dreams through the carving of wooden sculptures.

This project is supported by Creative Victoria, City of Stonnington, Australian Council for the Arts - COVID Relief Grant, City of Yarra and Dancehouse. 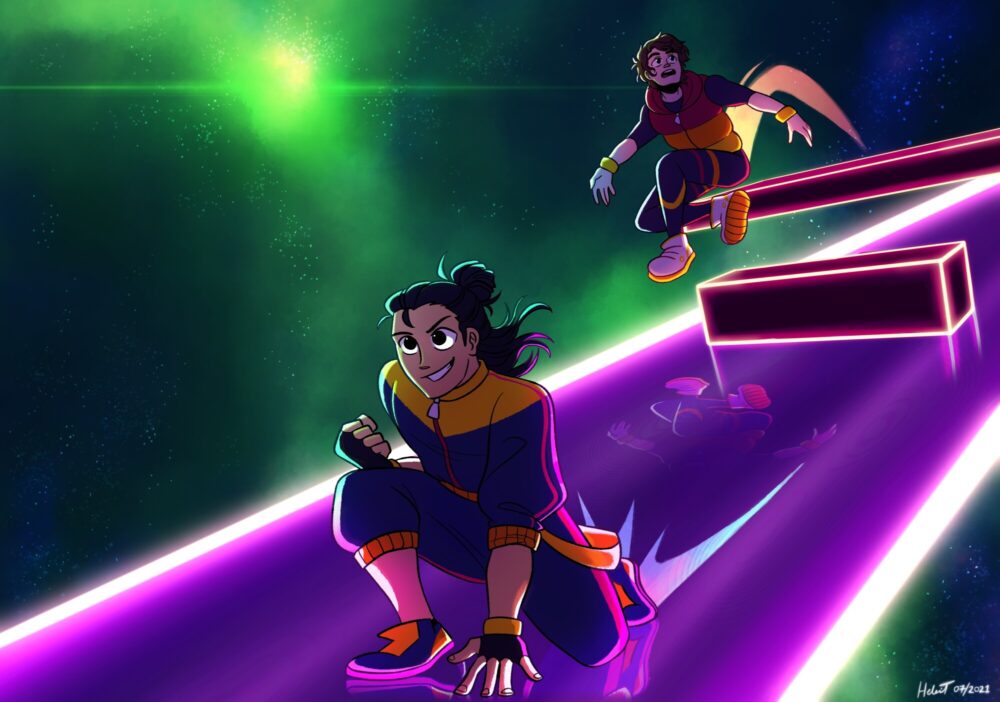 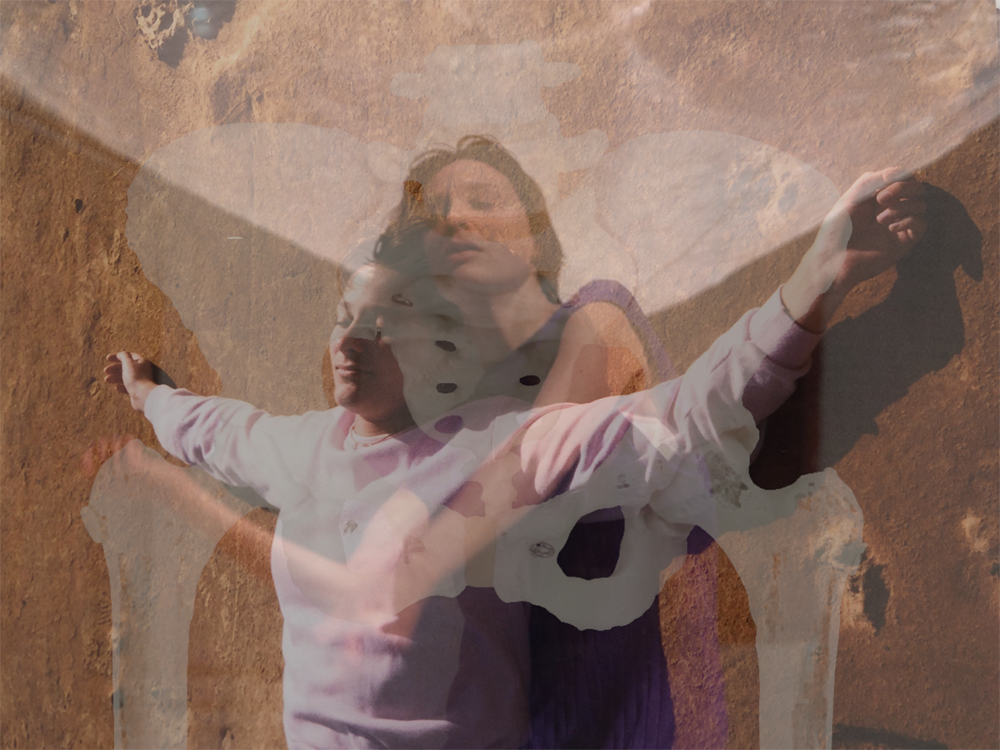