There is a taste for the body’s mechanical forces inside Cindy Van Acker’s dance. She works on the synchronicity of beatings, the precision of angles, the evidence of alignments, giving a very authentic attention to the parallel lines generated by the head, torso, arms and legs. The body becomes a semaphore giving very precise signals, involving the performer in such an inhabited, focused way, that it indubitably makes sense. Even if it remains enigmatic, one can envision some runic alphabet carved in the flesh, some morse code left on stage. Then, the slow exactitude of this nearly elusive encryption, induces the pleasure of discovering those lines, pistons, needles, levers and sticks activated by the regular articulations of the human organism.

END_OF_DOCUMENT_TOKEN_TO_BE_REPLACED

Cindy Van Acker is classically trained and danced at the Royal Ballet of Flanders and the Grand Théâtre de Genève before joining the contemporary dance scene in Geneva in the nineties. She has been creating her own pieces since 1994 and founded Cie Greffe in 2002 on the occasion of the creation Corps 00:00, with which she obtained international recognition. Since then, she has written creations for the Ballet de Lorraine, the Ballet of the Grand Théâtre de Genève, P.A.R.T.S., as well as twenty pieces for the Cie Greffe. Her career is marked by her collaborations with the choreographer Myriam Gourfink, the scenographer Victor Roy, the composer Mika Vainio (Pan Sonic), the director Romeo Castellucci and the dancers with whom she establishes a long-term and trustworthy working relationship. In 2005, Romeo Castellucci invited her to present Corps 00:00 at the Venice Biennale. This first meeting led to a first artistic collaboration for the Inferno and Purgatory of Dante in Avignon in 2008, a collaboration which was renewed for the operas Parsifal, created at La Monnaie in 2011, Moses und Aaron at the Opéra Bastille in 2015, Tannhauser at the Bayerisches Staatsoper in Munich, The Magic Flute at La Monnaie in 2018. From 2006 to 2010, she is responsible for the movement training of actors at the HETSR Manufacture in Lausanne. In 2012, the book partituurstructuur, displaying her choreographic scores was published by Héros-Limit, on a proposal by Michèle Pralong. She collaborated with Enrico Pitozzi on the book project Magnetica, Analysis of the choreographic composition of Cindy Van Acker which was published by Quodlibet in 2016. With her choreographic writing, combining aesthetical sobriety, minimalist movement, precise composition and the use of electronic sounds, Cindy Van Acker examines, with a quasi-scientific meticulousness, the relations between the body and the spirit, sound and rhythm, and creates pieces crossing the borders of dance, performance and visual arts. In November 2017, she became Associate Artist in charge of programming of the ADC in Geneva.

Stéphanie Bayle completed a three-year course at the Junior Ballet of Geneva and was first recruited by the company Alias who she worked with until 2012 on several creations — as an understudy and on many international tours. In Geneva, she was the performer of the 7273 company for the creation of Nile and recently, she joined the cast of Quantum — a piece choreographed by Gilles Jobin. Stephanie is also currently working with choreographer from Basel, Tabea Martin, and performed in her latest production, Field. In 2014, Stephanie met the Swiss visual artist Sylvie Fleury and took part in the exhibition-performance Camino Del Sol at Galerie Thaddaeus Ropac in Pantin. Since August 2012, Stephanie has worked with choreographer Cindy Van Acker in her company, Greffe, which she joined as an understudy for the performance Diffraction. She performed the solo in Cindy Van Acker’s Helder in 2013 for the Off Festival in Avignon. In the same year, Stephanie assisted the choreographer for LINIAAL, a creation for the young company Virevolte by Manon Hotte, then for Anechoic, created in Ostend Belgium, for the 50 dancers of the school PARTS. Recently, Stephanie assisted Cindy Van Acker for the choreography of the opera Moses and Aron, directed by Romeo Castellucci, created at the Opéra Bastille in Paris in October 2015. Also with Cie Greffe, Stephanie is coordinating the organisation of daily classes and occasional workshops with guest artists as part of the project for the training of professional dancers that the company has implemented in its studios.

Matthieu Chayrigues was born in Grenoble in 1993 and studied at the Conservatory of Grenoble and at the École Nationale Supérieure de Danse in Marseille before obtaining a Bachelor of Arts at the Palucca Hochschule für Tanz in Dresden. After a short internship at the CCN Rillieuxla-Pape, he was hired in 2013 at the CCN – Ballet de Lorraine where he stayed for over four seasons. He has a varied dance repertoire, including pieces by William Forsythe, Merce Cunningham, Trisha Brown, Twyla Tharp, Alban Richard, Andonis Foniadakis and Cindy Van Acker, whom he joined in 2018 for her last creation.

Laure Lescoffy started dancing at the age of 10. Her career path led her to the CNR in Paris, then to the one in Montreuil before the Ballet Junior in Geneva in 2006. There she has had the chance to work with several choreographers amongst them Stjin Celis, Gilles Jobin, Lucinda Childs. In 2007, she joined the pre-professional company at the Ballet de Lorraine and was then hired by the company during the same season. For ten years she has worked with the company, allowing her to work on performances by Maguy Marin, Trisha Brown and William Forsythe. She also met many choreographers during creations such as Emmanuel Gat, Alban Richard, Maria La Ribot, Mathilde Monnier, Faustin Linyekula, Gisèle Vienne, Marcos Morau, Andonis Foniadakis and Cindy Van Acker. 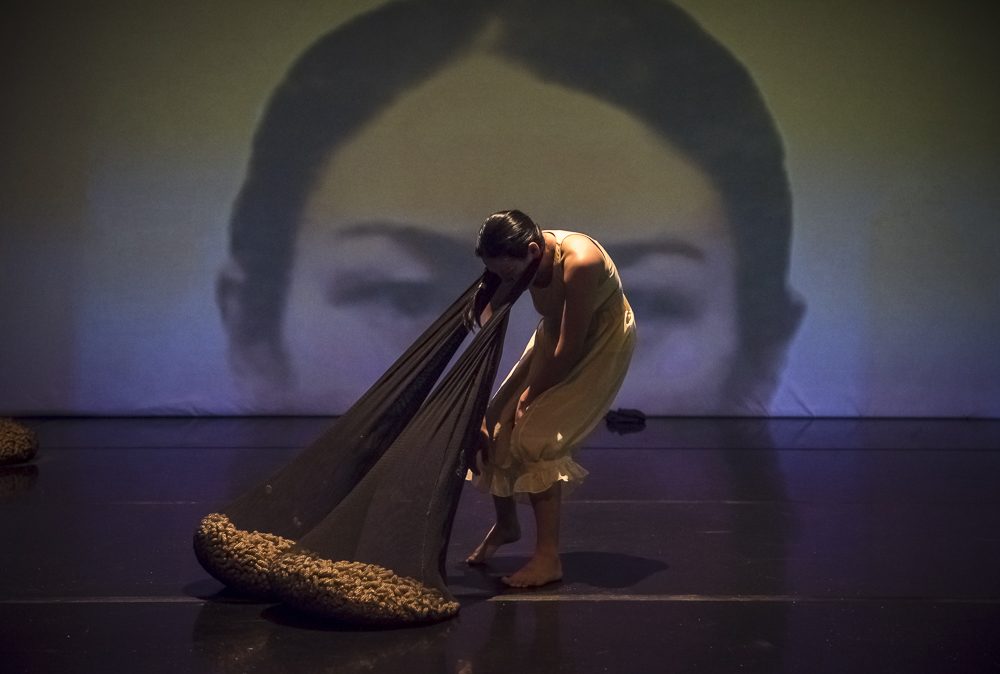 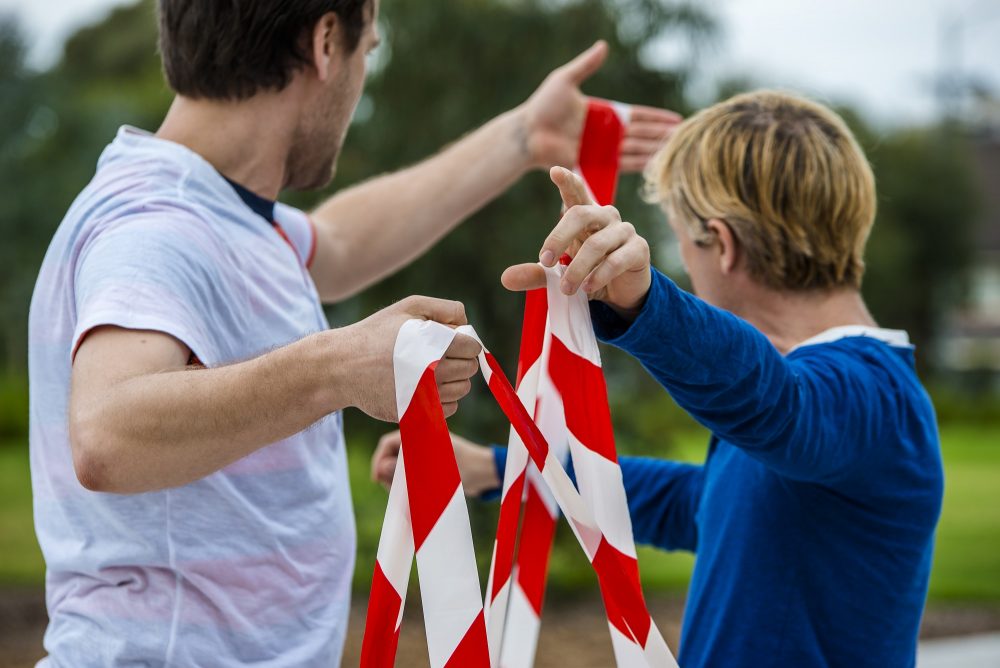