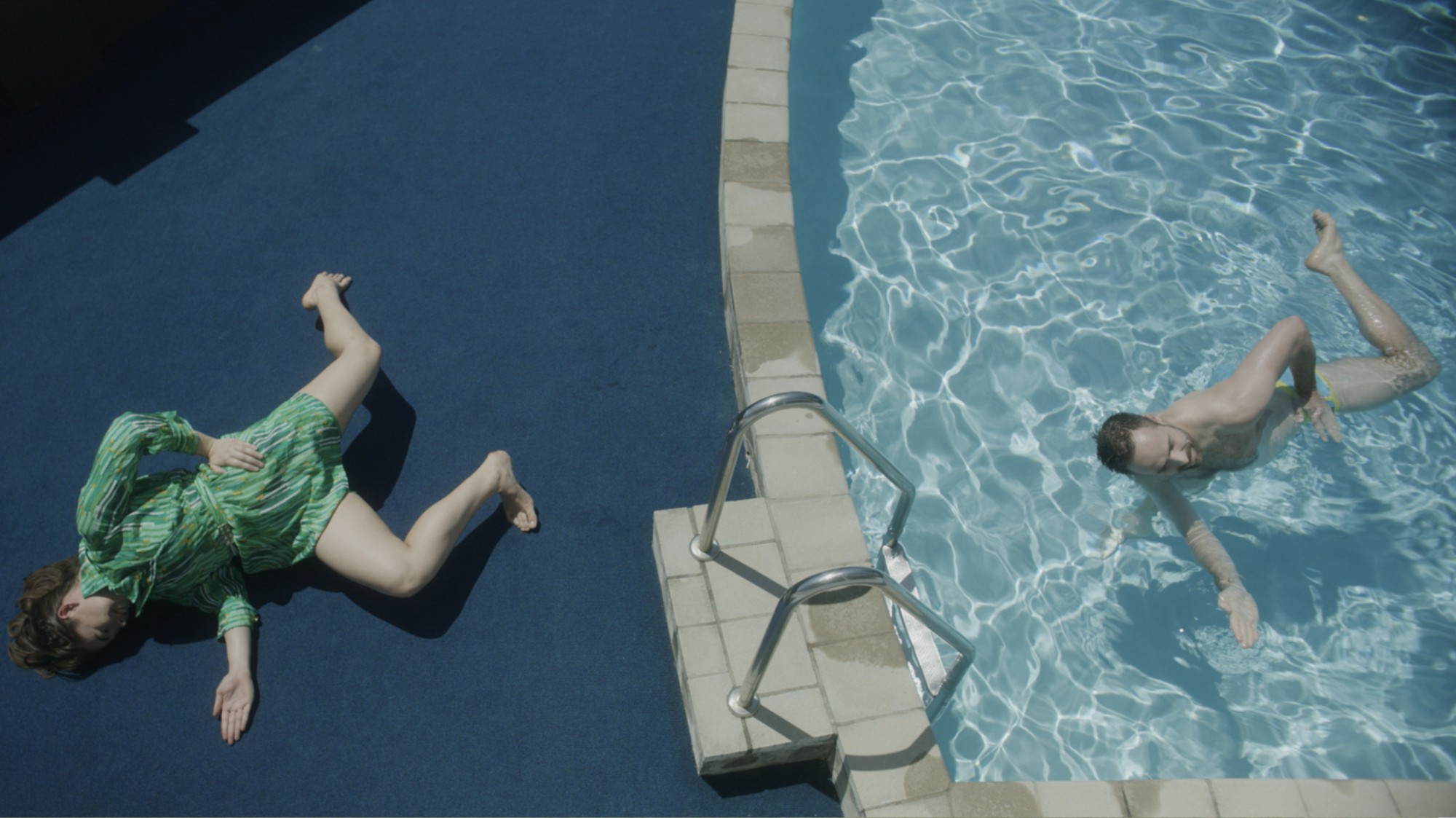 With an 8-minute duet repeated four times in different locations, choreographer Claire Marshall investigates how the sense of ‘story’ shifts with unstable notions of location, cinematic form and editing. The duet follows a discordant couple stuck in a rut, looping their manipulative behaviours as four stories shift to become one.

The editing of Shift was not pre-planned before filming, making its production unconventional by traditional filmmaking standards. Rather, through experimental creative processes, the sense of story unfolded through the enactment of the choreography, grounded and shaped by the various shooting locations.

Shift was created as one of the creative outputs of Claire Marshall’s Master of Fine Arts (Dance) at the Victorian College of the Arts, University of Melbourne in 2019. Shift was selected for the 48th Dance on Camera Festival NYC in July 2020 and was awarded Best of Fest in the 20-40 minute short film category.

END_OF_DOCUMENT_TOKEN_TO_BE_REPLACED

Claire Marshall is an Australian choreographer most known for her immersive contemporary dance projects, dance films, and choreography of music videos. A graduate of Queensland University of Technology – Bachelor of Arts (Dance), Claire has developed a strong choreographic voice, unique aesthetic and a passion for storytelling in her choreography. Her dance film Ward of State won an Australian Dance Award in 2015 in the film and new media category and was screened internationally in 2016. In addition to her creative practice, in 2019 Claire’s interest in narrative dance film led Claire to study a Master of Fine Arts (Dance) at the Victorian College of the Arts, University of Melbourne. Her recent dance film Shift was selected for the 48th Dance on Camera Festival at Lincoln Centre, New York where it won Best of Fest in the short film category in July 2020.

Richard Causer is a contemporary dance artist whose passion is driven by making ‘contemporary dance’ accessible, engaging and physically enjoyable to experience. Completing a Bachelor of Fine Arts (Dance) in Australia at Queensland University of Technology (QUT) in 2004, he soon launched into his choreographic career by opening the ‘national design conference 4um? for Advertising and Design Asia Pacific’ with his first choreographic work ‘Delirium’ in 2005 which was presented at the Malaysian Dance Festival in the same year. In 2006, Richard joined Expressions Dance Company (now known as Australasian Dance Collective) touring throughout Australia and internationally to China, Taiwan, South Korea, and USA, earning nominations for Most Outstanding Male Dancer for both an Australian Dance Award and a Helpmann Award. In 2011, he choreographed his own solo Wilhelm’s Scream, which earned him another nomination for Most Outstanding Male Dancer at the 2012, and again in the 2016 and 2017 Australian Dance Awards. Richard moved to London in 2012. This period of time saw him performing and choreographing for various contemporary dance companies in the UK and internationally, an aerial dance company, multimedia theatre company, LGBTI rights activist, collaborating with a hearing-impaired choreographer, a theatre company and delivering numerous workshops across Europe. Moving back to Australia in 2016 and re-joining EDC, he continued to explore his choreographic flair creating works for Australasian Dance Collective, QUT, and The Aboriginal Centre of Performing Arts (ACPA). In 2019 Richard undertook an Artist in Residence at the Hong Kong Academy of Performing Arts and took on a new role at Australasian Dance Collective as Rehearsal Director. Richard’s first professional gig in 2002 was performing in a music video choreographed by Claire Marshall. Since then Richard has engaged in 25 projects with Claire – numerous music videos, tv commercials, the immersive ‘SlowDive’, the award winning dance film ‘Ward of State,’ and most recently Claire’s newest dance film ‘Shift.’

Kevin Holloway is a Sydney based cinematographer, with experience in drama, music video, and branded content, both locally and internationally. Originally from Sydney, Kevin moved to QLD at age 20, where he studied cinematography and won his first ACS award. In 2013 he decided to move back to Sydney and continue to pursue his passion for filming and now works across a range of mediums, having produced content for clients such as 5Seeds, Warner Music, Optus, Tooheys and Fox Sports. Working at the Rental House, Camera Hire, Kevin has extensive experience with all digital camera systems, along with experience working as a camera assistant and lighting technician under other DOP’s. This has given him a strong technical knowledge as well as creative. In the short time he has been shooting, Kevin has won two Gold ACS State Awards, one Silver ACS State Award and one Bronze ACS State Award and is constantly aspiring to create unique and captivating stories through his work.