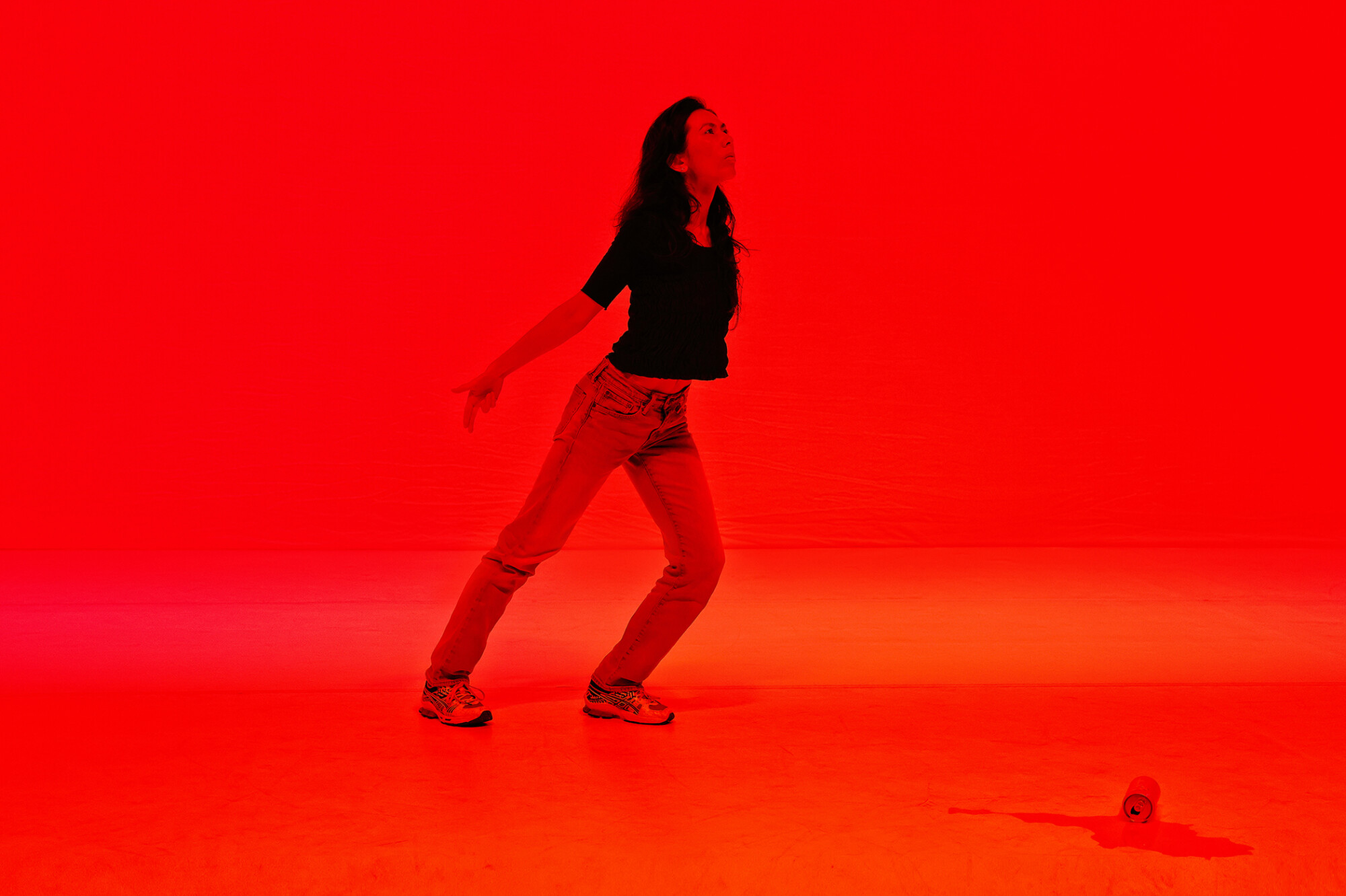 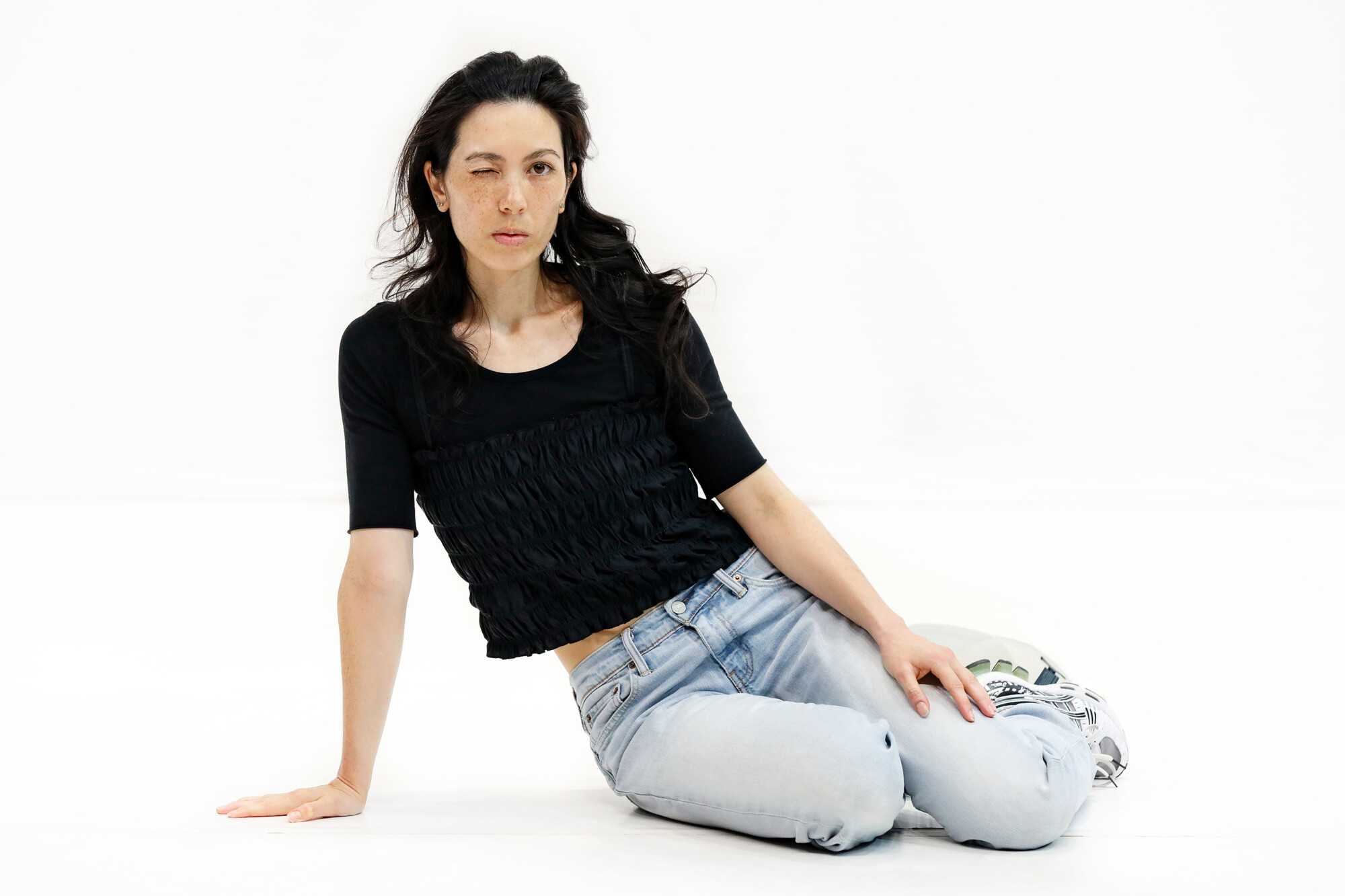 Reality has always been augmented—by the limits of our human perception. Sky Blue Mythic stands at a threshold of cascading horizons. An avatar is adrift in an unknowable but familiar setting, where worlds loom, times loop, gestures distill and meanings distort. An interface of flesh searching for new ways of being, Sky Blue Mythic sees the body alienated, and the alien embodied. An ethereal thriller that highlights the presence and absence between worlds, Sky Blue Mythic is a recalibration of the ways we know dance, the body, and time. This haunting, mesmerising solo dance work is charged with time warping and viscerally impactful musical compositions performed live by Corin Ileto.

Originally created as a short piece that won the 2020 Keir Choreographic Award in 2020, Sky Blue Mythic is now realised into a new, full length work. Tilting the axis of perspective even further, this new realisation of Sky Blue Mythic dives even deeper into the otherworldly terrain of dance as a presence unhinged from the body—where embodiment becomes a mode of interfacing with the unknown. Troubling the boundaries of what we know as dance and what we know as human, this bold new work calls for new ways to sense both.

END_OF_DOCUMENT_TOKEN_TO_BE_REPLACED

Angela Goh is a dancer and choreographer. Her work poses possibilities for disruption and transformation inside the aesthetics and conditions of technocapitalism, planetarity, and the post-anthropocene. She lives and works in Sydney, and her work has toured across Australia and internationally to Europe, the UK, the USA and Asia. She received the 2020 Keir Choreographic Award, the inaugural Sydney Dance Company ‘Beyond the Studio’ Fellowship 2020-21, and the Create NSW Performing Arts Fellowship 2019-20. Her work has been presented by Performance Space New York (fka PS122) (US), SPRING Festival (NL), Baltic Circle Festival (FI), Artspace Sydney (AU), the Sydney Opera House (AU), Fusebox Festival (US), Arnolfini (UK), Auto Italia (UK), Liveworks Festival (AU), AsiaTOPA (AU), My Wild Flag (SE), ADAM (TW); the Art Gallery of NSW (AU) among others, and she has undertaken artist residencies across Australia, Europe, the UK, and Asia.

Govin Ruben is a Malaysian/Australian performance maker, designer, director and creative producer based in Melbourne. He is also director of TerryandTheCuz, a Malaysian/Australian company which has created an array of interdisciplinary arts projects around the world. In recent years, He has initiated, steered, directed and designed multiple international collaborations. These include; Klue,Doh!, a work in theatre, Flatland an adaptation in dance, SK!N a contemporary performance based on true stories about Human Trafficking, Citrawarna, Colours of Malaysia 2017 a cultural spectacle set in the heart of Kuala Lumpur, Thicker Than Water and the Off-Broadway season of MADE IN AMERICA both presented at The Public Theater in New York City and most recently HuRU-hARa, a hybrid concept/venue at the 2020 AsiaTOPA Festival in Melbourne. Govin is a Board Director for The International Society for the Performing Arts (ISPA). He has been nominated for a New York City Innovative Theatre Award, 7 Melbourne Greenroom Awards and a Royal Welsh Theatre Award. He is a Greenroom Award winner for Innovation in International collaboration for his work SK!N and 5-time winner of the National Arts Award in Malaysia for his productions Klue,Doh! and Flatland.

Sky Blue Mythic is a Sydney Opera House New Work Now commission, supported by its family of Donors. This project has been supported by the Australian Government through the Australia Council, its arts funding and advisory body; the NSW Government through Create NSW; and through residencies at the Department of Theatre and Performance Studies, the University of Sydney; and Carriageworks' In Development program. Originally commissioned as a short work by Carriageworks, Dancehouse and the Keir Foundation for the 2020 Keir Choreographic Award.